KABC
By Rob McMillan and ABC7.com 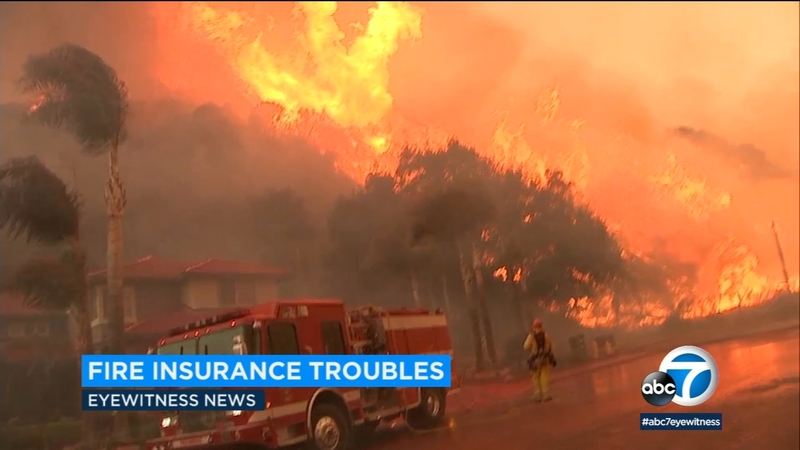 SoCal homeowners being dropped by insurance companies because of fire risk

Homeowners all across Southern California are being dropped by their insurance companies, not because they're filing too many claims, but because they live in fire-prone areas.

"We never filed an insurance claim ever," said Dan Floyd of Corona. "So it came as quite a shock."

Floyd lives several miles north of the area ravaged by the Holy Fire in the summer of 2018. He says he was never ordered to evacuate and never felt threatened, but says it's the second time in two years he's been dropped.

"We'd been with the same carrier since we moved in and we got a notice saying we're going to be discontinued," said Floyd, who says his agent was able to quickly find him an alternate carrier. It would happen again. A year later they are experiencing the same thing.

Floyd's agent says that he estimates 15 to 20% of his clients have been dropped simply because they're deemed to live in fire-prone areas. Floyd's home backs up to a green belt, but the homes across the street back up to several acres of dry brush.

Deputy commissioner Byron Tucker with the California Department of Insurance explains that the insurance companies use some of the same models that firefighters do, looking at vegetation and topography when assigning risk.