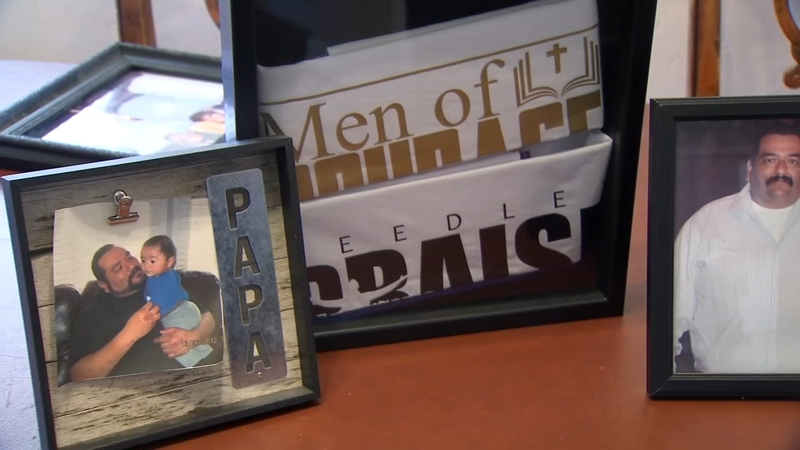 FRESNO, Calif. (KFSN) -- A Fresno family is trying to live up to the legacy of a man shot and killed in the middle of a Mother's Day gunfight he tried to stop, an example of love in the face of a hateful act of violence.

"Right now there are a lot of people who don't forgive you right now, but we're praying and we're trying hard because my dad would want to forgive you," said Jose Mariscal to the men who killed his father, Luis.

Prison is the next destination for the Valenton brothers and it's a place where they might've met the man they killed.

Luis Mariscal visited prisons pretty often because he believed in redemption. He was a man who offered inmates hope that maybe all was not lost.

"A man that if you guys would have met or would've talked to, he would've given you the shirt off his back," said Maria Ruiz, his widow.

Everardo, Eduardo, and Jose Valenton all admitted to voluntary manslaughter to avoid a murder trial.

A fight over a girl led to a fistfight with a couple of Mariscal's sons and escalated into a gunfight at the home Luis was visiting for Mother's Day 2018.

The 46-year-old tried to stop it, but he couldn't and in a barrage of bullets, only one person was hit.

Luis suffered a gunshot wound to his back. His family watched him fight for life for ten days before he died.

Mariscal's life was defined by his faith and by acts of kindness to people in need -- strangers and family members alike.

"He was a grandfather who loved his grandchildren," said his sister, Veronica Mariscal. "He taught his autistic granddaughter how to speak again. He was a loving man and his life mattered."

His family is trying to follow his lead, but some of them couldn't help but show anger towards the brothers. The emotions are still raw and they're struggling to live up to Luis' legacy.

"If my father-in-law were here, I know he would say to forgive and forget," said Lucero Palomarez. "But this is a tragedy that we'll never forget. The pain will remain there forever."