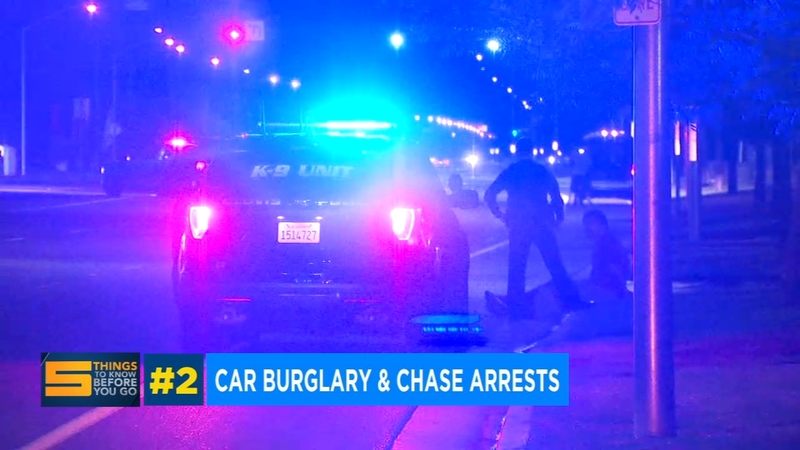 Police are searching for two masked men who robbed a liquor store in southeast Fresno and opened fire at the clerk.

It happened just before 11 p.m. Thursday at Boss Food and Liquor on Butler and Hazlewood.

Officers say the two men got away with cash before taking a shot at the clerk.

He was not hurt.

Two car burglary suspects are in custody after leading officers on an early morning chase in Clovis.

It all came to a crashing end at about 3:30 a.m. Friday on Alluvial and Willow.

Officers had initially tried to stop the men after they were suspected of breaking into cars.

The Trump Administration is defending mass immigration raids in Mississippi.

Nearly 700 people were taken into custody.

Officials say, at this point, 40-percent of the detained have been released with parents getting top priority.

#4 Suspect in stabbing spree in California was 'violent criminal': Police

The man accused in a deadly Southern California stabbing and robbery spree is expected in court.

He's charged with killing four people and injuring several others.

A motive for Wednesday's attacks is not yet known.

#5 Preliminary hearing for man accused of killing a small child

A preliminary hearing will continue this morning for a man charged with shooting and killing a small child in Fresno.

Devin Ratliff is accused of opening fire on a group of people in 2016 fatally wounding the toddler and injuring two men.