The Antonio Brown helmet saga: Is the Raiders' ultimatum for real? 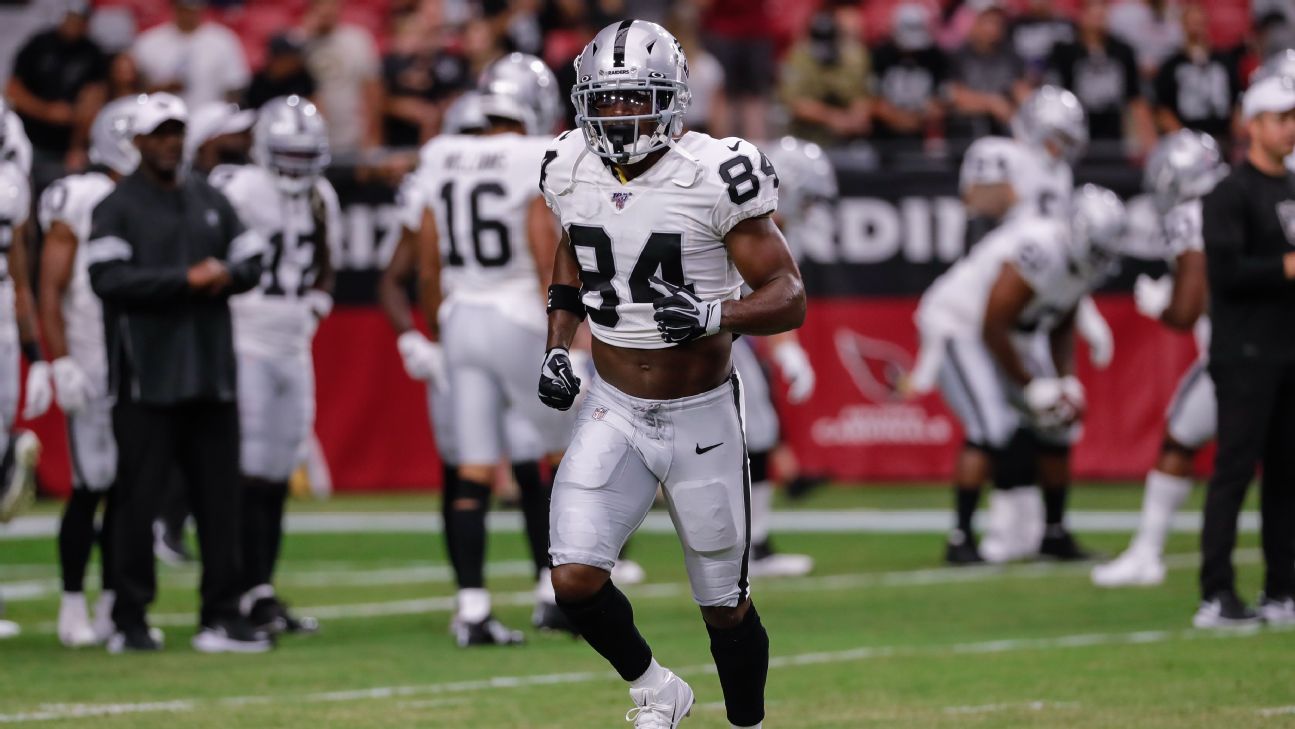 ESPN
By Kevin Seifert
We are into Week 3 of Antonio Brown's ongoing attempts to find an NFL-approved helmet that the Oakland Raiders wide receiver is also willing to wear. How could this be possible?

Glad you asked. Here's everything you need to know to get up to speed.

Brown has been fighting an NFL policy that requires helmet certification according to industry standards. He lost a grievance against the NFL that sought an exception to wear his Schutt Air Advantage, a helmet he has worn throughout his career and that was available on the market between 2002 and 2009. Brown then filed a second grievance Monday night, per ESPN's Adam Schefter, asking for a one-year grace period before needing to change helmets.

He believed last week that he had found a suitable replacement, but that particular helmet was not certified according to the standards of the National Operating Committee on Standards for Athletic Equipment (NOCSAE). The actual certification tests are licensed out to the National Athletic Equipment Reconditioners Association (NAERA).

What was the problem?

One of the NAERA's requirements is that a helmet cannot be more than 10 years old. Although Schutt removed the Air Advantage from its product line in 2009, it continued to manufacture it for several additional years, to meet special orders and/or to ensure appropriate parts for warranty purposes, according to Schutt director of marketing and communications Glenn Beckmann. Brown located a helmet manufactured within the 10-year window, but NAERA has additional testing parameters that it did not meet.

What is so great about the Air Advantage? Aren't newer helmets better and safer?

According to Beckmann, the Air Advantage was lightweight relative to other helmets of its era and was also easy to custom fit. Skill position players believed it helped maximize their speed.

The Air Advantage also had spaces carved out on either side to maximize peripheral vision and minimize any blockage, an obvious necessity for receivers.

In many cases, yes. But Schefter has reported that Brown thinks the best alternatives all protrude and block his vision. Agent Drew Rosenhaus said Monday on ESPN's Get Up that Brown's preferred helmet "has kept him safe" throughout his football career.

And from a sentimental perspective, Brown is far from the only player who gets attached to particular helmets for all kinds of reasons.

New England Patriots quarterback Tom Brady, forced by another NFL policy to change helmets this season, said he still doesn't love the new one. And New Orleans Saints quarterback Drew Brees said he didn't initially like his new helmet because it looked like he was "going to Mars."

So how will this end?

It's possible that Brown will find an Air Advantage that NAERA will certify. If not, he could file a second grievance about the failure to certify a helmet that is less than 10 years old. Given the NFL's recent history, a federal lawsuit can't be ruled out, with an injunction to allow him to play in the interim with some version of the Air Advantage. Otherwise, he'll have to follow through on his initial threat to retire.

What about the Raiders? They can't be happy that Brown has missed most of camp.

They aren't. General manager Mike Mayock issued an ultimatum on Sunday, saying: "It's time for him to be all-in or all-out."

Per Schefter, Brown returned to camp in time for a team meeting Monday morning.

Does that mean it's over?

Not necessarily. If Brown holds firm, the Raiders could release or trade him. An outright release would double his 2019 cap charge to nearly $30 million, and the Raiders would still be liable for paying him. His contract includes some offset language, according to a source, which means the Raiders' liability would be reduced if another team signs him.

In a trade, the new team would inherit all of Brown's existing salary and guarantees, and the Raiders' cap charges would drop dramatically to $333,000 in 2019 and $666,000 in 2020. But a trade seems unlikely, at least until Brown finds a suitable helmet.

Finally, if Brown leaves camp again, the Raiders could place him on the reserve/did not report list. That would give him five days to either return or be ineligible to play this season. His contract would toll to 2020, and the guarantees would likely be voided. It's likely Brown would file a grievance to guard against any attempt to recover or reduce his salary. 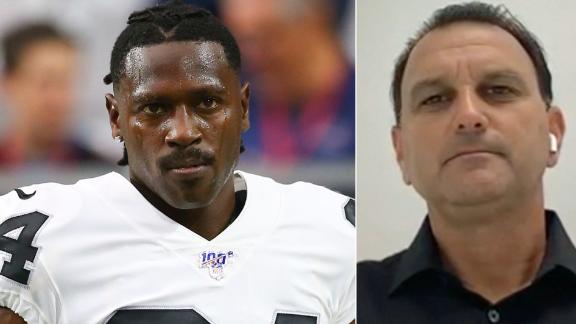 Rosenhaus: Brown, Raiders are on the same page
Antonio Brown's agent, Drew Rosenhaus, is confident that a solution will be found on Brown's helmet issue and expects him to play for the Raiders in Week 1. 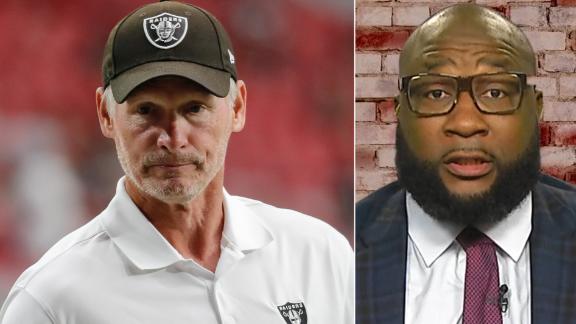 Spears: Mayock ruined his relationship with AB
Marcus Spears argues that Raiders GM Mike Mayock traded for Antonio Brown for his production while not taking into account his past actions. 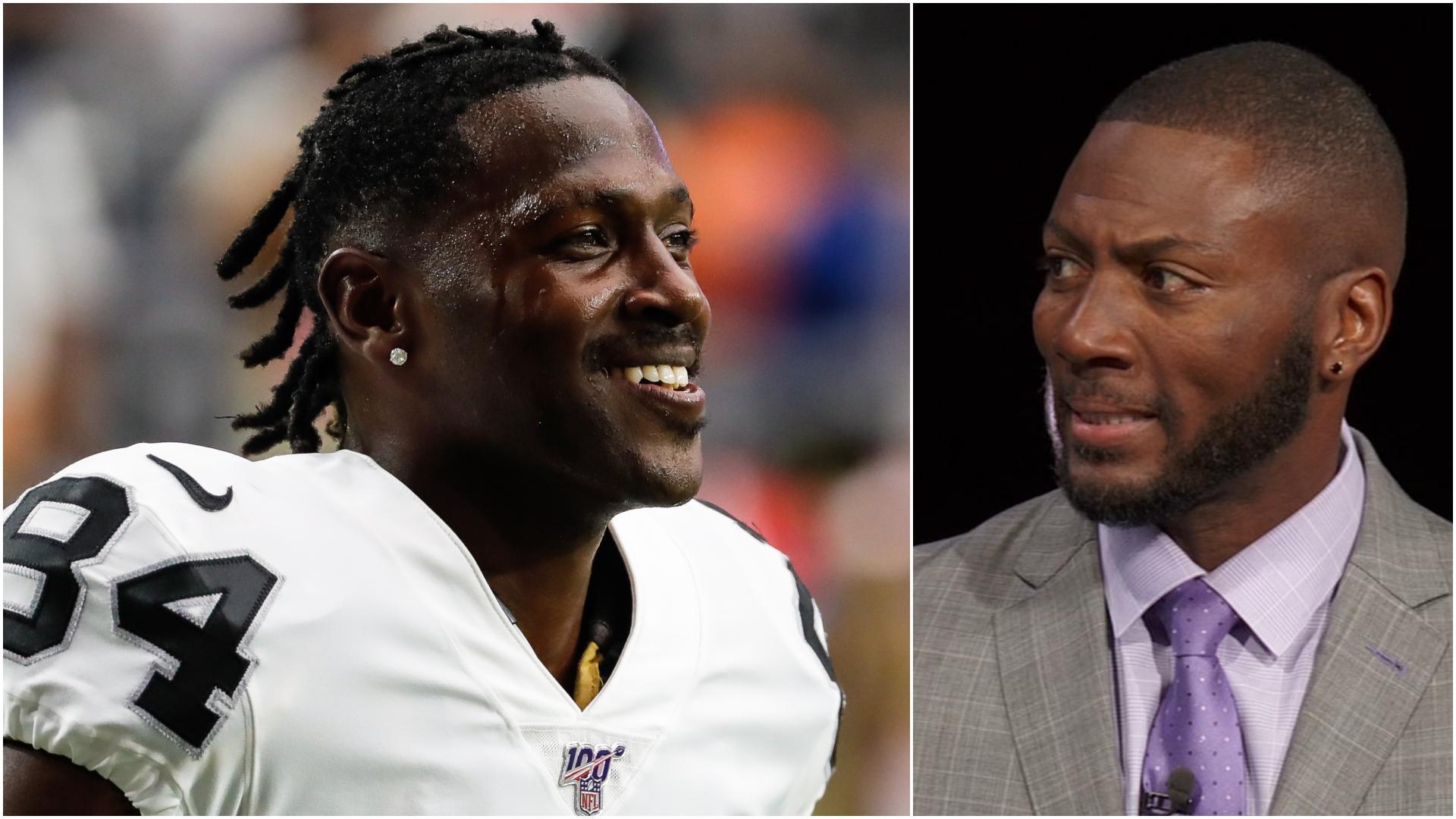