The temblor was centered approximately 10 miles south of Searles Valley in the Mojave Desert around 6:32 p.m.
KABC 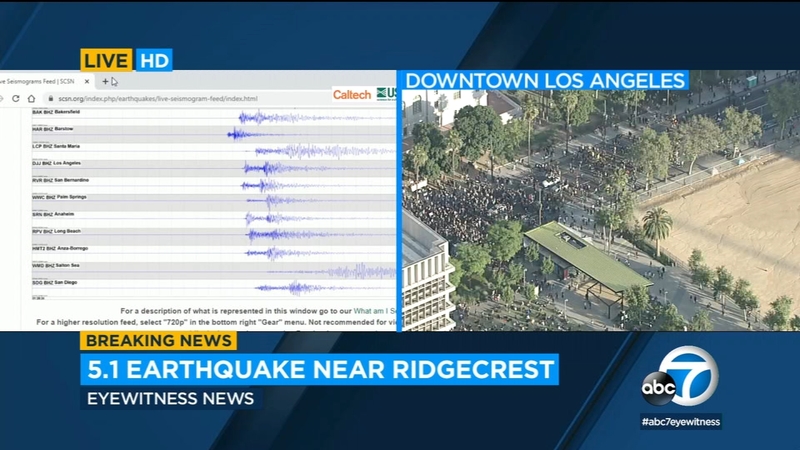 RIDGECREST, Calif. -- A 5.5-magnitude earthquake hit near Ridgecrest on Wednesday evening, according to the U.S. Geological Survey.

The temblor was centered approximately 10 miles south of Searles Valley in the Mojave Desert around 6:32 p.m.

Many reported feeling the quake in Los Angeles and Orange counties and as far as San Diego.

Seismologist Dr. Lucy Jones said the earthquake was an aftershock of the Ridgecrest earthquake, which had a 6.4 foreshock on July 4, 2019 followed by a 7.1 mainshock one day later.

Dr. Jones said even though the Ridgecrest earthquake was nearly one year ago, aftershocks this late are normal.

Yes, an earthquake. A M5.5 at the very southern end of the 2019 Ridgecrest aftershock zone. This is a large late aftershock - do you remember that I said these are common?

Los Angeles Mayor Eric Garcetti acknowledged the earthquake, which struck during his news conference on protests in Los Angeles.

No damage due to the earthquake was reported.