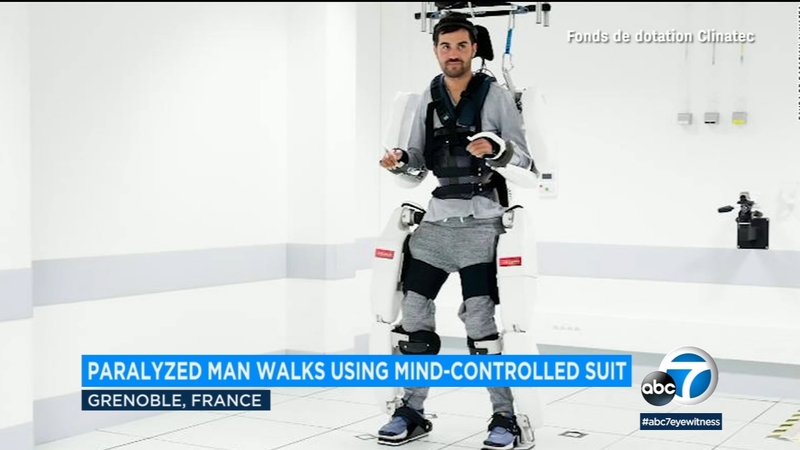 GRENOBLE, France -- A man, paralyzed from the shoulders down, is now able to walk using a mind-controlled robotic suit.

It may sound like science fiction, but it really happened in France. 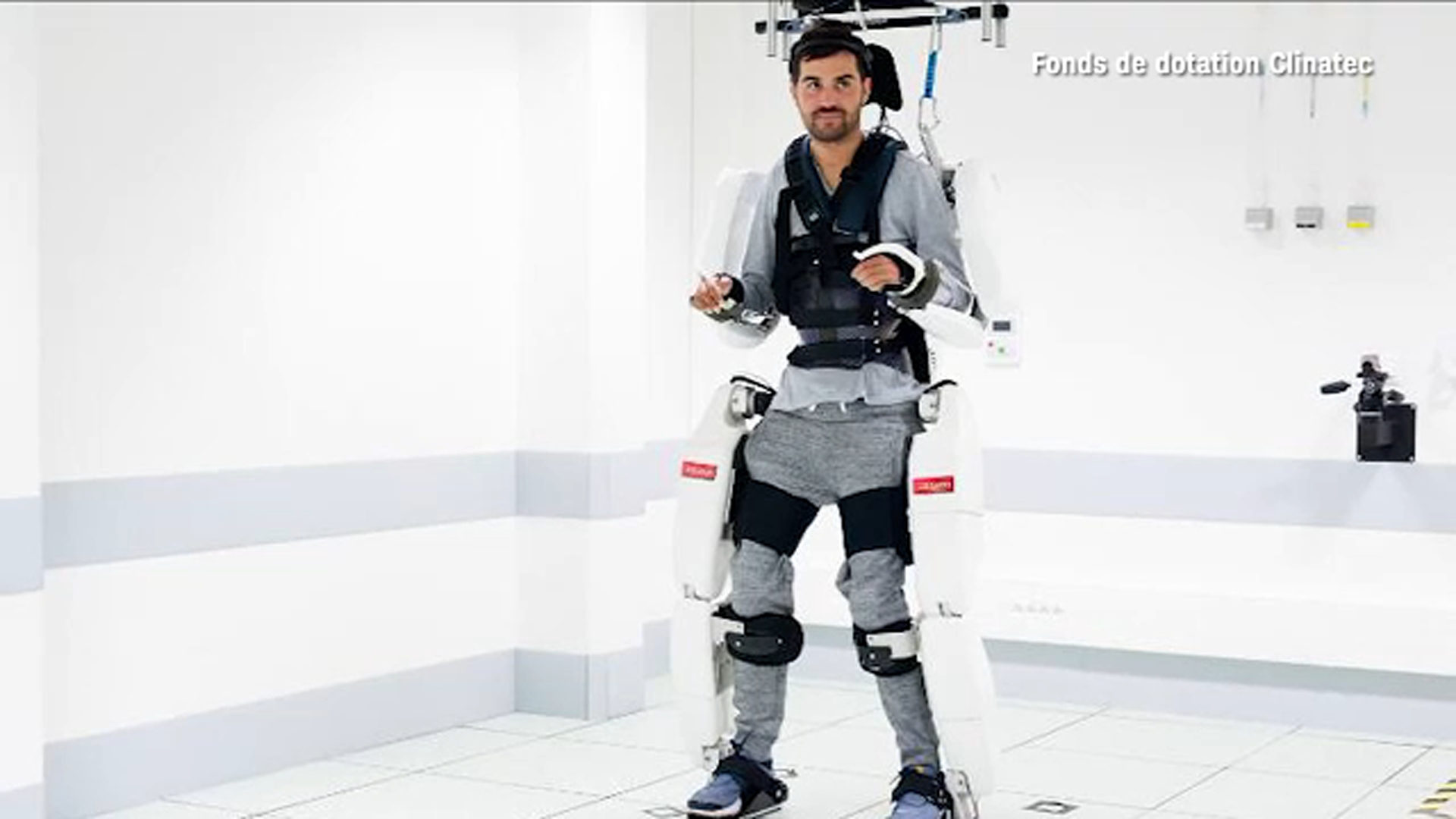 The man, identified only as Thibault, severed his spinal cord after falling from a balcony.

University of Grenoble researchers implanted recording devices in his head that can transmit signals into movements, which are then executed by a robotic exoskeleton.

For two years, Thibault has been using a video game avatar to help it understand his thoughts.

Over the course of the study, he was able to walk the distance of more than one and a half football fields.