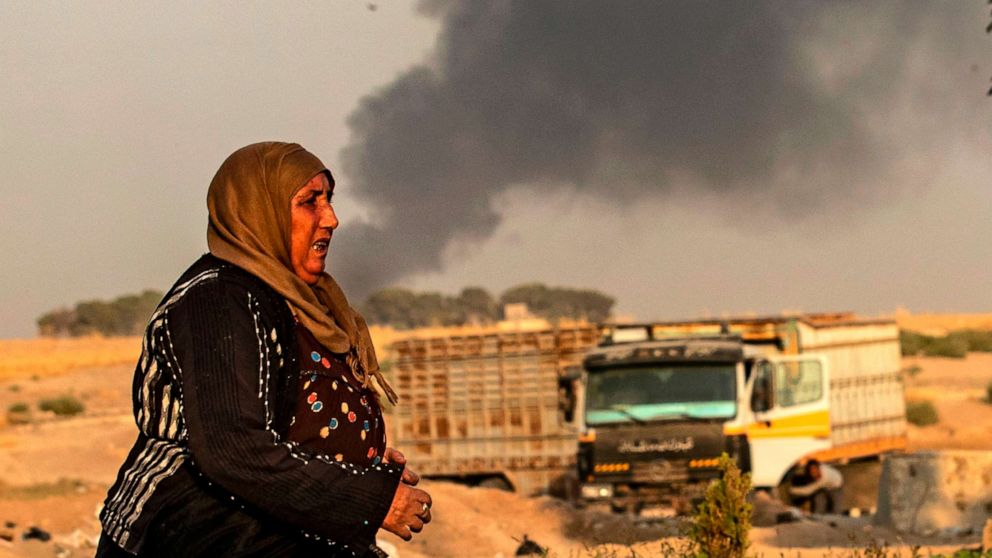 Turkish President Recept Tayyip Erdogan announced Wednesday that a military offensive in northeastern Syria against Syrian-Kurdish fighters had begun, with a mission to "prevent the creation of a terror corridor across our southern border."

President Donald Trump said the U.S. does not support the move, days after the administration's announcement that American troops would withdraw from the region, ceding control to the Turkish government.

"The United States does not endorse this attack and has made it clear to Turkey that this operation is a bad idea," Trump said in a statement.

German authorities say an attacker killed two people as he fired shots near a synagogue in the eastern city of Halle Wednesday.

The assailant shot at the door of the synagogue but was not able to get in as dozens of people inside were observing the Jewish holy day of Yom Kippur.

The attack was livestreamed on the gaming site Twitch but was later removed.

President Trump said Wednesday he would cooperate with House Democrats in their impeachment inquiry "if the rules are fair."

The White House continues to attack the legitimacy of the probe, blocking witness testimony and documents.

ABC News Chief White House correspondent Jonathan Karl tells "Start Here" that "the next question here is going to be whether or not Democrats are going to fight the White House in the courts."

'In U.S. military custody': The U.S. military has taken custody of two notorious British Islamic State fighters nicknamed "The Beatles," who were responsible for the executions of western hostages.

'The identity of the whistleblower is irrelevant': The lawyers representing the whistleblower whose complaint has plunged President Donald Trump into impeachment proceedings describe the person as a civil servant who has never worked for or advised any political candidate, campaign or party.

'I'm going to keep doing what I'm doing': Sen. Elizabeth Warren said this week she will not stop rejecting PAC money or avoiding closed-door, high-dollar fundraisers beyond the Democratic primary and into the general election if she becomes the party's nominee.

From our friends at FiveThirtyEight:

Nathaniel Rakich looks at why, two weeks in, impeachment is becoming more popular.

In Native American communities across the country, there's a common saying: When an Indigenous woman goes missing, she goes missing twice -- first her body vanishes and then her story.

In 2016, there were nearly 6,000 indigenous women reported missing. Yet, only 116 were logged in the National Missing Persons database, according to the Urban Indian Health Institute.

"Nightline" spent two years reporting on the case of Ashley Loring, who was 20 years old when she disappeared from Montana's Blackfeet Nation in June 2017, and her family's desperate search for answers. Watch their story below.