ESPN
Two teams that combined for 13 goals in the front half of their back-to-backs face off Sunday night when the Vegas Golden Knights travel to Los Angeles to face the Kings.

Vegas bounced back from back-to-back losses to Boston (4-3) and Arizona (4-1) to defeat the Calgary Flames, 6-2, in Las Vegas on Saturday night.

Meanwhile, the Kings, seeking the 1,000th home win in franchise history, blew a 4-1 lead in the third period only to score three goals in the final minute in a wild 7-4 win over the Nashville Predators.

Alex Iafallo scored the game-winner for Los Angeles with 59 seconds to go, jamming in a rebound of a Dustin Brown shot. Brown and Drew Doughty added empty-net goals seven seconds apart to cap the win in the Kings' home opener.

"Personally, I'm happy for the group," first-year coach Todd McLellan said. "I thought if we had left tonight without a point or even losing that game, it would have been a maintenance day as far as digging in again tomorrow and massaging minds and the mental part, because the guys played well enough to win. We just gave it back.

"My satisfaction is to see them happy, playing the music and beginning to understand who we can become. You see it in flashes, so that's what we're working towards."

The victory over the Predators kicked off a stretch of five games over eight days for Los Angeles, which bounced back from an ugly 8-2 loss at Vancouver on Wednesday.

"Well, it's cliché time, but we played on our toes, and we played well within our system," McLellan said of the turnaround. "We won faceoffs, we had pretty good possession right there, and then we were able to roll four lines."

Vegas, called out by coach Gerard Gallant for a lack of intensity at times in the losses to the Bruins and Coyotes, responded with an impressive win over the defending Pacific Division-champion Flames. Mark Stone and William Carrier each finished with a goal and an assist, while Marc-Andre Fleury had 33 saves as the Golden Knights scored the final five goals of the game.

"Real good," Gallant said of his team's performance. "We did a lot of good things. It wasn't an outstanding game, but we did the right things all night long. We were fortunate. We put some pucks to the net that went into the net."

Carrier had the first two-point game of his career as the Golden Knights' fourth line, which also includes Ryan Reaves and Tomas Nosek, finished with three goals and four points.

"Huge," Reaves, who scored his first goal of the season, said when asked about the importance of the bounce-back win. "I think the last couple of games haven't been how we wanted to play, so doing it on home ice coming into a back-to-back, getting that confidence back, is big."

Gallant said his team was looking forward to taking some positive momentum into the contest with the Kings.

"It's going to be a tough game," he said. "L.A. had a real good game today, so they'll be (on) a high tomorrow. Should be a good hockey game. They're playing really well this year." 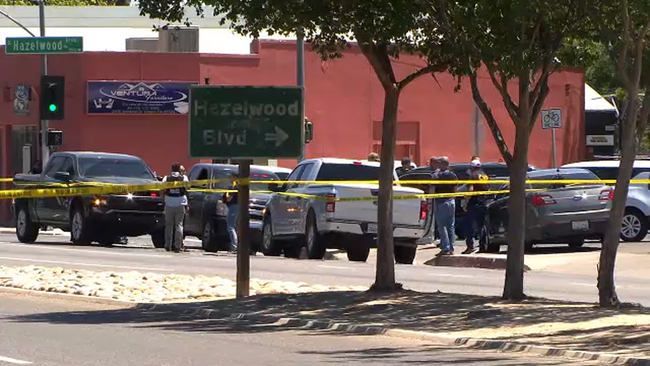