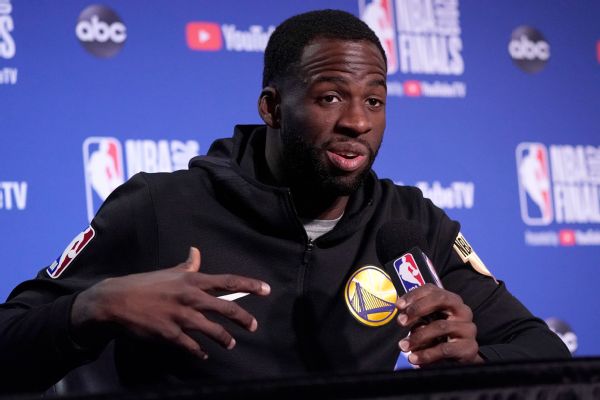 Green, who has developed into one of the league's most respected players after being selected in the second round of the 2012 draft by the Warriors, went on a passionate defense Wednesday night of Marquese Chriss when the topic of his NBA viability was brought up. Chriss has bounced around the league since being the eighth pick in the 2016 draft.

"Yeah, I don't think there was ever a doubt that he was a legitimate NBA player," Green said after the Warriors'126-93 preseason loss to the Los Angeles Lakers. "I think everyone was just kind of waiting on him to turn that corner. He seems like he's turning the corner. I think he's been in some pretty tough situations. No one ever blames the situation, though. It's always the kid. No one ever blames these s---ty franchises."

Chriss was selected by the Sacramento Kings before being dealt to the Phoenix Suns. He spent two seasons with the Suns before short stints with the Cleveland Cavaliers andHouston Rockets. Chriss signed a non-guaranteed deal with the Warriors just before training camp and has had a strong preseason and opened a lot of eyes within the organization. Although nothing is official yet, Chriss appears to have earned a spot on the Warriors' 14-man, hard-capped roster as they continue to deal with injuries to their big men.

"[People] always want to blame the kid," Green continued. "It's not always the kid's fault. He's getting older now, so he's not a kid anymore. But he came into this league as a kid, but it's never the organization's fault. It's always that guy. So I'm happy he's gotten the opportunity show what he can really do because it's a prime example. But no one will still blame any organizations. It'll always be the kid's fault, and it will be the next kid that comes in's fault and the next kid after that. So I'm happy he's gotten this opportunity."

Asked why organizations don't get blamed more, Green pointed to how the media covers the league.

"Because you're friends with them," Green said. "And you want all the access from them. So the way you guys will come out and bash players, you don't do that to organizations because it's all about access and protecting your future. No one really protects these younger guys' future because it's all about what can I do for myself. So no one talks about the organizations. It's always just the player, player, player because they can't do s--- about it but be young and their name carries no weight and then be out of the league and onto the next thing. So that's what I think it is. No Phoenix writer is going to bash the Phoenix Suns. But let's be frank about it: When he was there, the organization was terrible. Everything was going wrong, but he get blamed like he's the problem. When he left, ain't nothing go right. So that's my take on it."

Warriors guard D'Angelo Russell, who was selected with the second pick in the 2015 draft and dealt with his own ups and downs with the Lakers before finding a better rhythm with the Brooklyn Netsthe past two seasons, agreed with Green's assessment.

The Warriors are hoping that Chriss, at 22 years old, can provide some stability as the rest of their injured big men get healthy. Both Kevon Looney (hamstring) andWillie Cauley-Stein(foot) have been sidelined with injuries throughout camp, giving Chriss more of an opportunity to shine. Warriors coach Steve Kerr is hopeful that Looney will be ready for next week's season opener against theLA Clippers, but Cauley-Stein is expected to miss several more weeks. Omari Spellman missed Wednesday's game after tweaking his back, but that injury isn't believed to be serious. 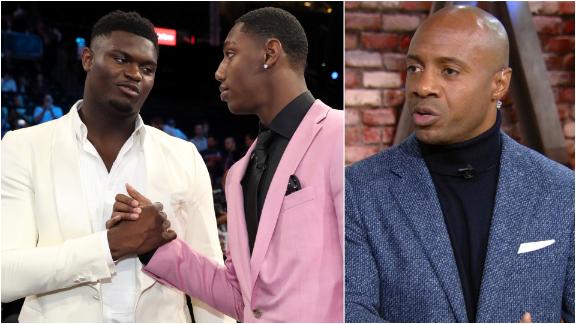