CHICAGO -- Negotiations are carrying on between the Chicago Teachers Union and the Chicago Public Schools after no deal was reached on the third day of the teachers strike.

The hourslong negotiating session Saturday wrapped up with key progress on several issues, but it wasn't enough to end the impasse between the union and the city.

"Our whole point is to get to a settlement and move the ball forward," said Stacy Davis Gates, of the Chicago Teachers Union. "Today we got a little farther than we were yesterday. I'm good with that. And we're going to keep doing that until we get it right."

On Saturday, key agreements were reached on issues including a continued moratorium on charter schools. A strike-ending agreement, however, is still being held up over union demands related to staffing, teacher prep time and class sizes.

Union leaders are calling for nurses, social workers and librarians in every school.

Earlier in the day, Mayor Lori Lightfoot expressed cautious optimism that a deal can be reached, but she tempered expectations as to when that might be.

"I would be very surprised if classes are going to be open Monday, but I will check in with CPS to make sure we get the word out," Lightfoot said. "But my expectation is that we will not be back in class on Monday."

Also on Saturday, health care workers rallied in support of the teachers' union. Several dozen turned out in Douglass Park.

Meanwhile, community leaders came together in Hyde Park to discuss the strike's impact on communities of color.

"I'm tired of living in a city where it's a tale of two cities. There is something on the South and West Side that is totally different on the North Side," said Ald. Jeannette Taylor, of the 20th Ward. "What kind of children are we building? It's easier to repair broken children, than broken men." 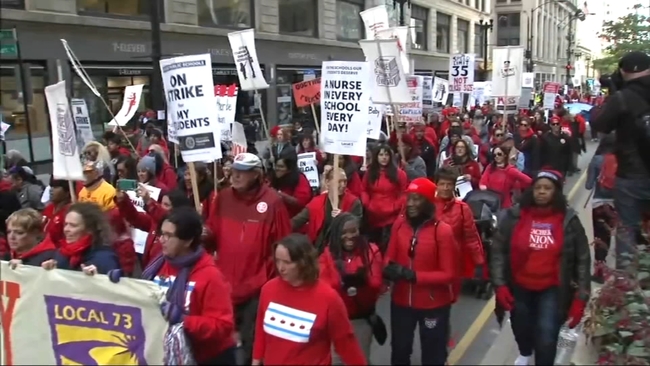 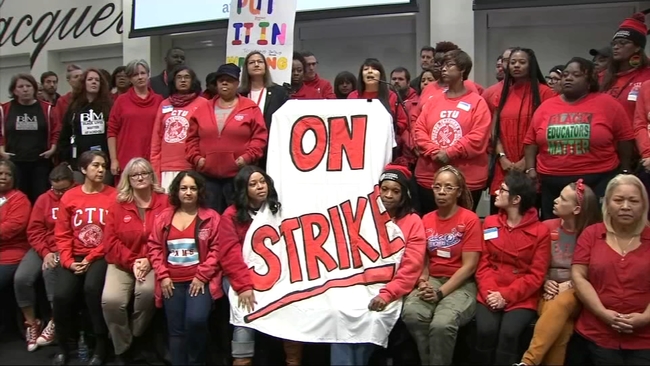 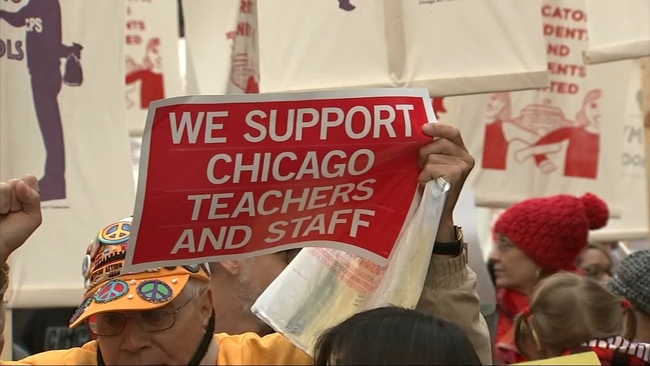