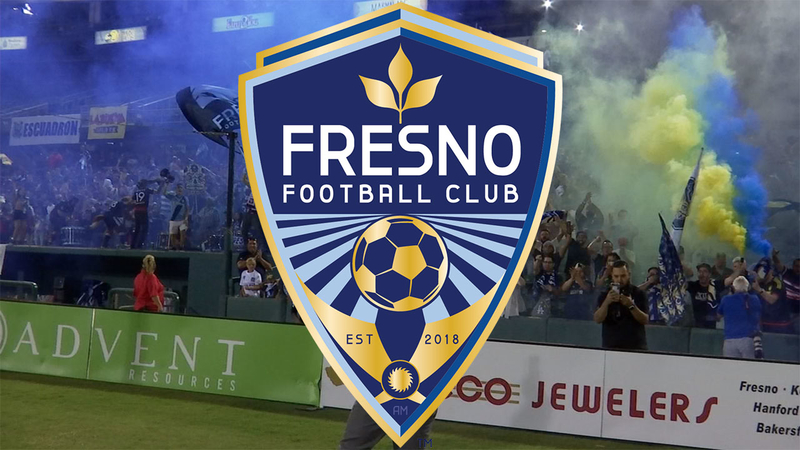 In a statement from Fresno FC club president, Ray Beshoff said the lack of a soccer-specific stadium was the motivating factor in folding the team.

"From day one, we knew that Chukchansi Park could only sustain our club in the short term. The lack of revenue from concessions and parking was always going to make things difficult for us economically," Beshoff said.

First, and most importantly, I want our supporters to know that that we have done everything possible to keep our club in Fresno. However, as many of our supporters are already aware, it is very difficult - if not impossible - for a club to truly thrive without its own stadium.

Having a home venue is the foundation on which a sustainable professional sports organization is built. It is the epicenter of a club's strength and support. And from day one we knew that Chukchansi Park could only sustain our club in the short term. The expenses associated with converting a baseball field to be adequate for soccer every home game, as well as the lack of revenue from concessions and parking, was always going to make things difficult for us economically. However, we felt those short-term struggles would be worth it as it would give us the time needed to build our foundation - in the form of a venue that Fresno's soccer community could call their own.

This was my dream from the day I opened Fresno Mercedes. In bringing soccer to Fresno, I imagined the community would take great pride and unite behind a worthy cause. Most frustratingly, perhaps, the past two years have only furthered that belief. There is most assuredly a viable, thriving market for the world's number one sport in the Fresno community. However, while the market for a club may exist, the political realities of securing a soccer stadium for our club, coupled with the economic realities that make our current situation untenable is why I now feel obligated and saddened to give you an explanation for why our investor group will almost certainly be relocating the team.

We need a stadium, and time after time, our efforts to secure a soccer-specific home within the confines of Fresno have run into a brick wall. While I'd like to personally apologize to our fans for these failures, I also firmly believe that in hindsight there is little more we could have done as an organization.

As I did when we started this venture, I still believe there is a future for professional soccer in Fresno. I truly believe that if the city became committed to working in tandem on the stadium piece, the foundations for a great team could be laid, and a new owner, with a new team, could be successful. However, it is clear that a solution will not come in time for Fresno FC.
I want to thank our staff, the players and all the fans that have supported us. Also, the players and coaches who have done an amazing job this season, and in years' past. I am proud of what we accomplished together.

I'm also incredibly proud of those of you who have come to the stadium in support of the club over these past few seasons. We fought to the end, and from the bottom of my heart, I'm sorry we could not do better for you. Thank you for your support, always.

Team investors, along with city leaders, worked on potential stadium sites around town, but the two sides could not find common ground.

"I've worked with the Fresno Football Club owners and management ever since they first announced the team in 2017, and while I'm disappointed we couldn't find a suitable stadium site, I understand their situation and respect their decision. They have a responsibility to their investors and I have a responsibility to our taxpayers. I appreciate what the team brought to Fresno and I applaud the fans who brought passion and a true love of the sport to every match. We wish the Foxes all the best."

Doors at the team's headquarters were locked Tuesday as many fans were left disappointed by the decision to cease operations after playing just two years in downtown Fresno.

"The writing was on the wall with the Coyotes, the Fresno Frenzy, the Heatwave, the Bandits. There's just a graveyard of teams that tried to come through here, even the Falcons. It's not surprising, but I think it could've been done better with better marketing," said Nick Duong.

Duong was a season ticket holder and member of the fan supporters group -- the Fire Squad. He was there over the weekend when the team closed out its season with a playoff loss at home.

"We invested a lot of time in this. There's a lot of passionate people, and there were a lot of tears at the end of the game on Saturday," he said.