KFSN
By Stephen Hicks
FRESNO, Calif. (KFSN) -- They finished a perfect 15-0 season and now the Central Grizzlies are getting star treatment from the local community.

Because of all that success, Central Unified felt it was only right to celebrate with the community.

"We set this goal in January, coach biggs put it in our heads that we wanted to win state and that's what we did," said Ricky Correia from the Central HS parade.

The district working with Fresno police and the city of Fresno to shut down Gettysburg avenue for a "parade of champions."

"It's been great everyone's been supporting us all the way through the beginning of the season to now and seeing the parade come together just feels great," said Jameson Silva from the Central HS parade.

With the band leading the way, the players able to soak in the celebration.

Students from Teague Elementary, Harvest Elementary and Glacier Pointe Middle School all coming out to celebrate this historic achievement.

"Just a special group, they were determined from January and they were just a focused determined group of young men who set a goal of winning a state championship and they accomplished that," said Kyle Biggs from the Central HS parade.

The parade route ended at Koligian Stadium, a place the Grizzlies were nearly flawless and proved to be unbeatable.

"This is amazing, it's awesome, seeing the joy on these kids face last Friday and on those floats is something that's going to be engraved in my memory for the rest of my life and I think for the rest of their lives also."

From equipment staff to the band and cheerleaders, Coach Biggs had a long list of people to thank.

But he ended it by thanking the coaches' wives, saying the coaches spend more time with the players than with their own families.
Report a correction or typo
Related topics:
community & eventsfresnoaction news sportsparadefootballcommunity
Copyright © 2020 KFSN-TV. All Rights Reserved.
COMMUNITY Cycling studio takes their classes outside 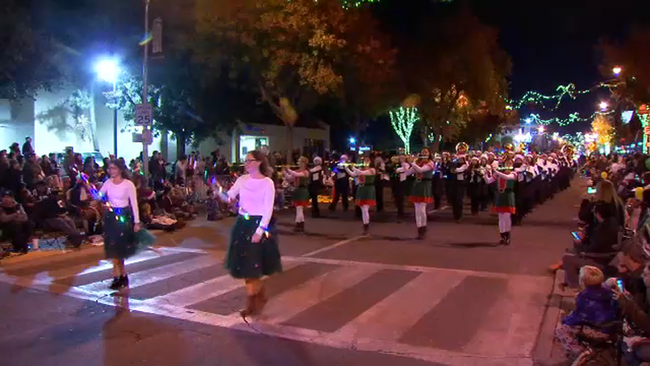