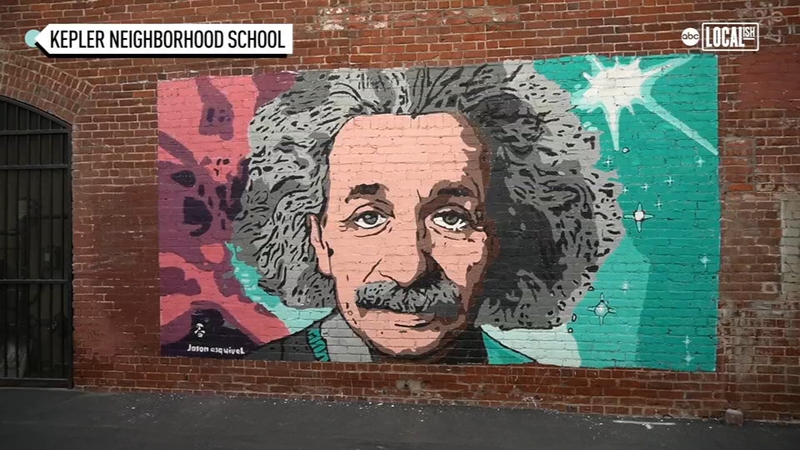 "I enjoy it a lot, it's my passion," said Esquivel. "The end result is the most rewarding, like when people appreciate what you've done."

The Fresno native began painting when he was about ten years old and describes his art style as portrait, abstract and pop - meaning he's always looking to do something different.

His work can be seen in multiple Downtown Fresno restaurants: the walls inside Take 3 are covered with Esquivel's depiction of movie stars including Harrison Ford and Johnny Depp. Kocky's Bar and Grill features a similar mural with musicians, and his art can be seen at Papi's Mexican Grill, El Mexicano in Fowler, and at Sunnyside High School and Kepler Neighborhood School in downtown.

"Comics were a big inspiration," he said. "Drawing has always been something I wanted to do."

He also recently painted a wall mural inside the new Taqueria Yarelis location in Clovis. The painting pays homage to the Mexican city of Guanajuato.

"I come up with the idea first, after it's approved I come out and use my projector and blow up the image and trace it out, after I'm done I start painting," he said of his process. The paintings take a matter of weeks, depending on the size. Some take up a corner of a wall, others stretch down the entire wall of a restaurant.

Esquivel says he's taken aback when he hears that he's inspired someone to pursue a career in art.