"I miss him with all my heart": Children mourn father killed by drunk driver 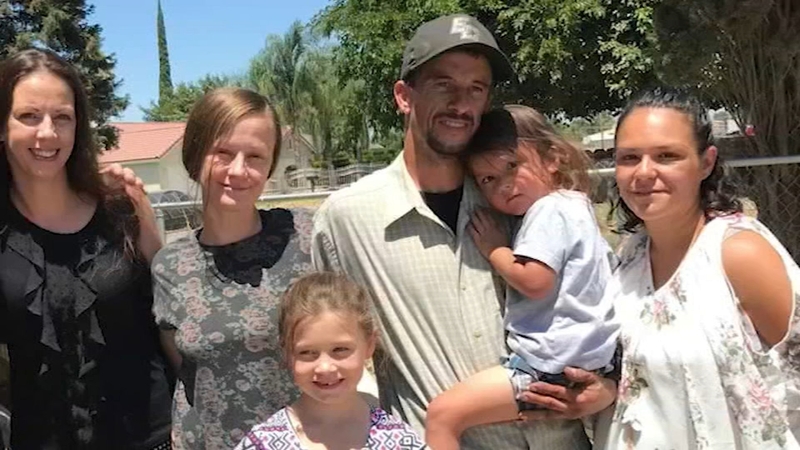 "I miss him with all my heart": Children mourn father killed by drunk driver

FRESNO, Calif. (KFSN) -- A drunk driver speeding through a red light killed Shawn Milton in a flash six months ago, and Tuesday, the driver heard about the damage he left behind.

"My best friend, the love of my life, the father to my children has been ripped away from the lives of so many people," said Amanda Boos, who was seven months pregnant with Milton's son at the time.

A judge sentenced Gustavo Blanco, Jr., to seven years and eight months in prison for killing Milton and injuring his passenger.

The light turned red on Kings Canyon. The light turned green on Maple. Traffic edged into the intersection and a speeding car ran the red light and smashed the life out of Shawn Milton, just two months before Boos delivered a boy she says is Milton's living clone.

"I was alone when I gave birth," she said. "So much sadness swept over me when I heard his cry for the first time. I looked over to where Shawn would've been and I cried out for him."

Milton had offered a homeless man a ride that night last July.

His friends and family will remember his last act of kindness in a life ruled by a warm heart, especially when it came to his children.

"I wear my dad's heart necklace so he can go with me wherever I go," said his 8-year-old daughter, Cerenity.

"I miss him with all my heart and I'm sad I did not get to say goodbye, but I know he's in a better place," said 9-year-old daughter Harmony.

Police arrested the man who crashed into Milton.

They calculated his speed at more than 90 miles per hour in a 35 mile per hour zone.

And four hours after the crash, they measured his blood alcohol content at .15%.

But the 22-year-old had no criminal history and admitted his crimes fairly quickly, so the judge didn't max out his punishment.

He wrote the judge an apologetic letter and, prompted by his attorney, attached another apology to the grief expressed by Milton's mother.

"Now my son is around my neck and now I pray for him in a different manner because I'll never be able to hold him again and tell him that I love him," said Dorothy Milton. "I just miss my son."

Some of Milton's family members aren't sure whether they can believe the apology and they're struggling to forgive Blanco, especially after finding social media posts indicating someone offered him an Uber before he drove drunk, and that he'd done it before.
Report a correction or typo
Related topics:
fresnodrunk driving death
Copyright © 2021 KFSN-TV. All Rights Reserved.
More Videos
From CNN Newsource affiliates
TOP STORIES