KFSN
FRESNO, Calif. (KFSN) -- A family is safe after police believe they were the unintended targets of a drive-by shooting overnight in southwest Fresno.

Fresno police officers responded to a Shotspotter call at around 2:45 a.m. on Holly Avenue near Church.

Police say eight to 11 rounds were fired, with a couple of bullets hitting a house on the block.

No one inside the home was hurt; the residents were all sleeping when the gunfire erupted.

Officials are still working to determine why the house was targeted.

"It's unknown whether it was a mistake or they had the wrong street or thought they were hitting a certain house and mistakenly hit the wrong house," said Fresno Police Sgt. Jason Amarante.

Police are following up on leads. One witness told officers they saw a white vehicle drive down Holly, stop in front of the house and open fire.

Anyone with information is asked to contact the Fresno Police Department.
Report a correction or typo
Related topics:
fresno southwestcrimeshots firedfresno police departmentdrive by shooting
Copyright © 2020 KFSN-TV. All Rights Reserved.
DRIVE BY SHOOTING 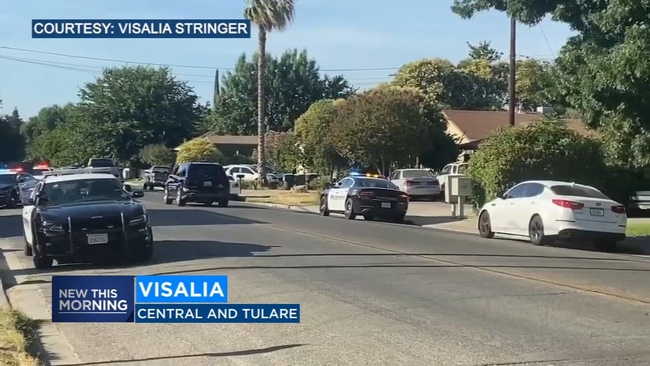