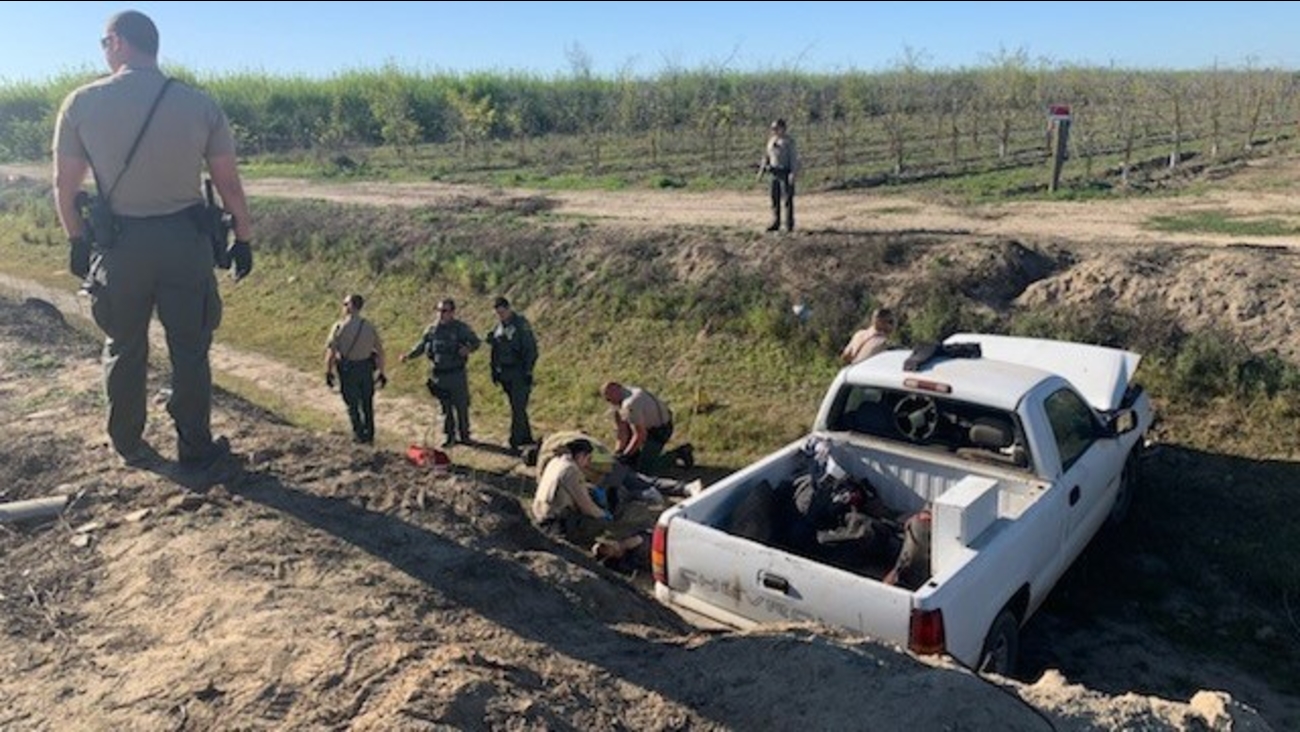 FRESNO, Calif. (KFSN) -- A man and woman are in jail after leading Fresno County Sheriff's deputies on a chase that ended when the two crashed into a ditch in Sanger.

According to FCSO, a farmer reported his pickup truck stolen on Thursday morning in the Sanger area. Later, one of the farmer's employees spotted the truck being driven through Sanger.

Deputies attempted to pull the truck over near Academy and American Avenues, but the driver, 38-year-old James Garcia of Sanger, refused to stop.

Garcia continued through the city and was chased by FCSO deputies, Sanger police officers and FCSO helicopter EAGLE One. The suspect drove at a high rate of speed, running stop signs in the process until exiting the city, when he began to drive at speeds close to 100 MPH.

After reaching the area of E. Adams and S. Newmark, Garcia took a dirt road through an orchard and drove into a large ditch. Garcia dragged 21-year-old Shelby Dooley of Sanger out of the vehicle. Both were arrested by detectives with the Fresno County Sheriff's Ag Crimes Task Force.

Garcia and Dooley face felony charges for auto theft and evading police, as well as numerous misdemeanors for vandalism and drug possession.