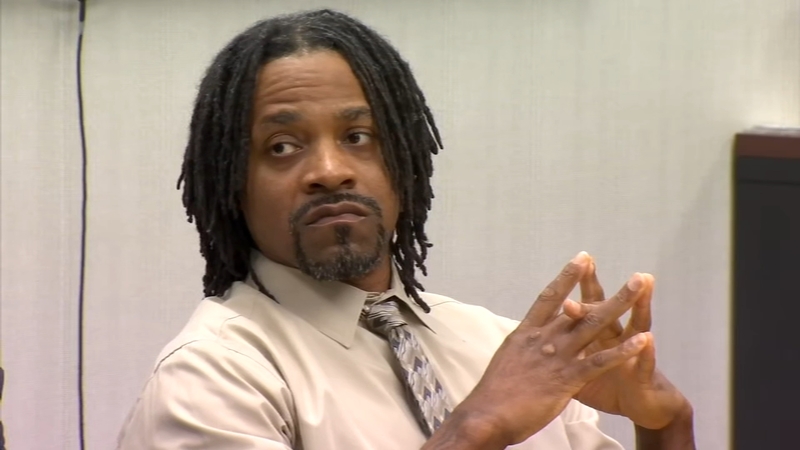 FRESNO, Calif. (KFSN) -- Kori Muhammad has been found guilty of four murders in a 2017 shooting spree in Downtown Fresno and one of them motivated by race.

Muhammad was found guilty of second-degree murder with the use of a firearm for the shooting and killing of motel employee Carl Williams.

Muhammad was arrested by Fresno Police officers shortly after the mass shooting, and during a confession said he targeted white men.

His conviction for the first degree murder of Jackson with the special circumstances of hate crime and multiple murders make this a possible death penalty case.

But the verdict came with some confusion.

After the jury's verdict was read, the judge asked each juror if that was their decision. The final of the 12 jurors said the verdicts read in court was not what they had discussed. After that, all of the jurors returned to the deliberations room.

They came back with three corrections, on three of the four attempted murder charges, but not the murder counts.

Muhammad's defense attorney argued that the 41-year-old should only face second-degree murder charges because he has mental health issues and was not premeditating the murders, he just snapped and went on a rampage.

He'll make that argument again in the sanity phase of the trial, which starts next week.

VERDICT: The jury finds Kori Muhammad not guilty of first degree murder in Count 1, for killing Carl Williams on April 13, 2017.
second degree is up next... @ABC30 pic.twitter.com/rha6xB6zA7

They found him guilty of second degree murder with the use of a firearm.
They also found the special circumstance of multiple murders true.
This is NOT a death penalty case if it’s second degree all the way.