KFSN
By Corin Hoggard
FRESNO, Calif. (KFSN) -- Fresno County is hoping to get clearance from the state to reopen more businesses, including restaurants for dining inside, and some motivated businesses are taking early steps to get there as fast as possible.

Walk in the door at Yosemite Falls Cafe and you can't miss the instructions to keep your social distance.

Cleaning stations flank your path to the cashier, who's separated by plexiglass. If you don't have a reservation, that'll be fine.

Just check in, scan the QR code to get the menu on your phone or get a disposable paper menu, and go back outside.

"We're going to ask our patrons to sit in their car and wait instead of waiting in our lobby," said Yosemite Falls Cafe human resources manager Donna Gutierrez.

Yosemite Falls has tried to model what safe operations can look like to help other restaurants and convince government officials with the state and the city of Fresno that they can make it work.

They'll be checking customers and employees for temperatures and symptoms of sickness.

In the dining area, tables and chairs are spaced at least six feet apart and only half of them are available.

They even built screens to protect people from faraway sneezes and coughs.

Ideas like theirs could help shape the city's guidelines for restaurants to reopen despite not meeting the new, more lenient state standards announced Monday.

The county has had about twice as many cases confirmed as allowed to move further into Phase 2.

It could still go ahead if the positive test results rate was below 8%. Last week, it was at 9.7%, according to an Action News analysis.

To the east in Clovis, most restaurants are also closed even as nearly every store without a state license at stake has reopened with only whatever restrictions they put on themselves.

Jeweler Bruce Jackson opened his doors as soon as he could and he's seen customers from all over the Valley where their local jewelers aren't allowed to open.

"We're liking that idea and we're picking up new customers because of that," Jackson said. "And once they come to us, we think we're going to keep them."

The city of Fresno has worked with restaurant owners to have guidelines for reopening as soon as the state approves a variance for Fresno County.

But for small mom and pop restaurants, the investment in safety measures may not make sense.

The Save Our Small Businesses fund is one way the city can help. Applications should open up soon for the second, $2 million, round of help.

Soria has signed on to council member Luis Chavez's plan to spend as much as $10 million of the city's money to increase the county's testing and contact tracing - hoping that smooths the pavement on the road to reopening everywhere.

And she says the city might also want to invest in PPE for any businesses bringing employees back to work. 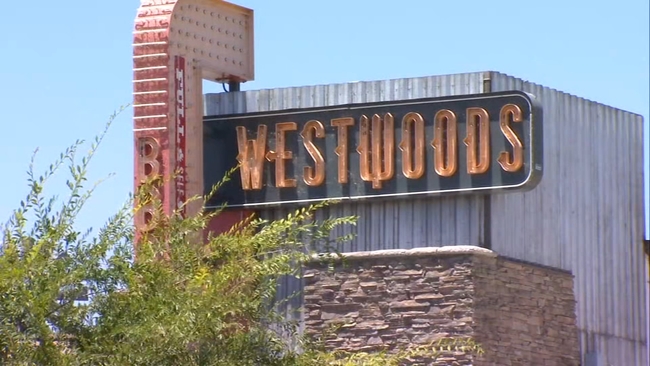