Kerman's Breanna Hurt carried on her family's legacy on the hardwood. Breanna is heading to college but she leaves behind school records that will be hard to beat.

Hurt is a multi-sport athlete and was named a candidate for the Junior league of Fresno's senior girl athlete award. The Lion is the daughter of Kerman's Boy's basketball head coach Tim Hurt.

"He's tried to coach me multiple times, I was like, 'No'. I'm really close with him so I didn't want to mess that. He's definitely coached me a lot outside of school, so big thanks to him for that," says Breanna.

Says Coach Hurt: "She told me, 'Absolutely not, I don't want what I'm about to do, you being the coach clouding that'. So I coached the boys, and I'm excited for my pregame speeches to be over so I can catch the end of her game."

Hurt is a three-time MVP, and broke the school's single game scoring record for both girls and boys. She is Kerman's girls all-time career scoring leader, breaking her aunt's 24-year-old record.

"That's going to be a tough one to beat, she's the fifth generation to be here from my family so it was a big thing. A lot of schools tried to pull on her to take her to their school and we both sat down and she said, 'No I want to do this here'," says Coach Hurt.

Breanna's aunt and great grandfather are both in Kerman's Hall of Fame.

Coach Hurt believes his daughter will be too once she's eligible. The senior will be playing basketball at Fresno Pacific University but her favorite memory from Kerman comes from a different sport.

Breanna and her volleyball team won the Division 5 Central Section Championship. They advanced to the state tournament for the first time in 20 years.

The Lion has excelled not just in volleyball and basketball but also in her academics, earning her place as 'student of the month' and in the principal's honor roll.

"I enjoy my school work and I like to do everything the best I can. I can't complain about it because I put that course load on myself," she says.

Adds Coach Hurt: "She gives credit to mom and dad but it's her, it's her time that she put in, in the backyard in the weight room. When people are having fun she's still working out. She made some of the guys on my team tougher." 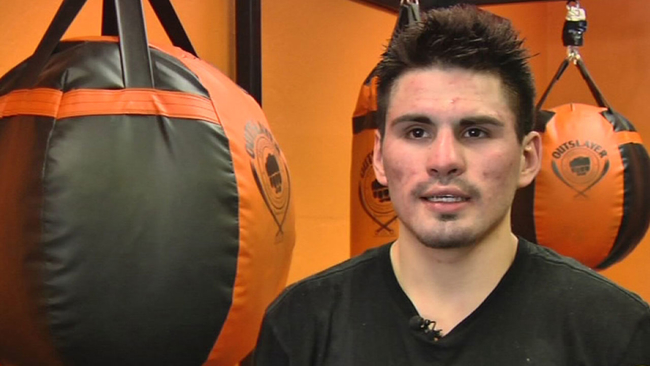