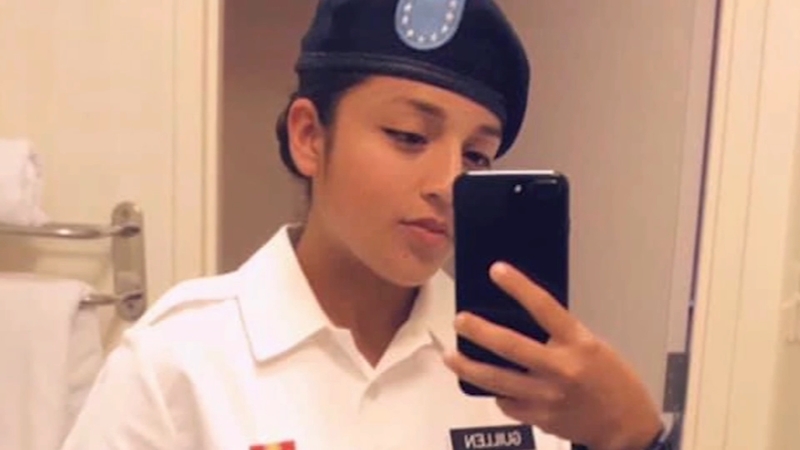 KILLEEN, Texas -- Officials from Fort Hood, an Army base in Killeen, Texas, are making a new push to help find 20-year-old missing soldier Vanessa Guillen, who disappeared on April 22.

Sunday night, the public heard from a top official from the base for the first time.

According to investigators, Guillen's car keys, barracks room key, ID and wallet were found in the armory room where she was working on the base on the day she disappeared.

The attorney for Guillen's family, Natalie Khawam, said she's discovered at least two alleged incidents of sexual harassment -- a superior walking in on Guillen showering and another verbally assaulting Guillen with vulgar remarks in Spanish. Khawam said she's worried about how this case might turn out. She said Vanessa told loved ones she didn't want to report the sexual harassment out of fear of retaliation.

The base said it is already grieving the loss of one soldier, referring to Private Gregory Morales, who had been missing since Aug. 2019.

Morales' remains were found near Fort Hood over the weekend. Officials say foul play is suspected.

Despite social media rumors, authorities do not believe the two cases are related.

Officials are also asking for information in the investigation into Morales' death and said the public can contact Crime Stoppers at 254-526-8477 or submit an online tip via their website.

As we all grieve the loss of one Soldier, someone out there can help us not to have to grieve for another. If you have information as to the whereabouts of Vanessa Guillen, call 254-495-7767#FortHood #USArmy #FindVanessa #FindVanessaGuillen pic.twitter.com/BCTIS9wpia