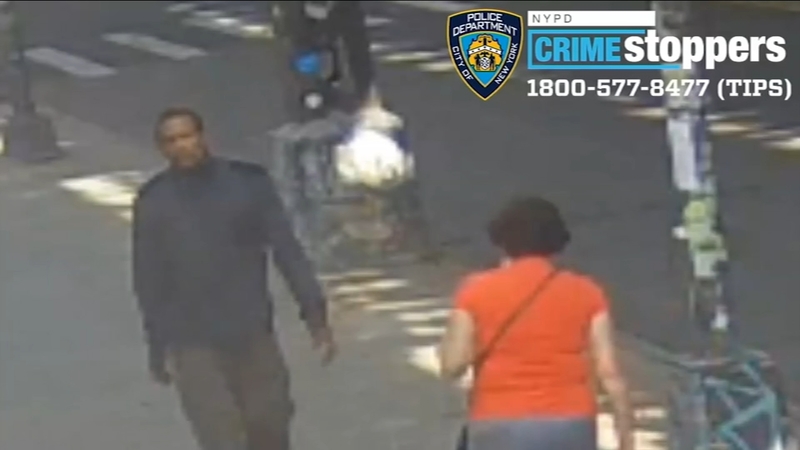 Woman punched in head while walking down street in Brooklyn

BUSHWICK, Brooklyn -- A man is wanted for an unprovoked attack on an elderly woman in Brooklyn.

The video appears that he tried to make it seem like she instigated the incident.

It happened on Wednesday, June 10 at 5:15 p.m. on Broadway in the Bushwick neighborhood.

Police have a suspect in custody in a random attack on a 92-year-old woman in Manhattan, and the victim is speaking out about her harrowing ordeal.

The 78-year-old victim was walking when the suspect, without warning, punched her in the head.

After acting like she did something to him, the man took off.