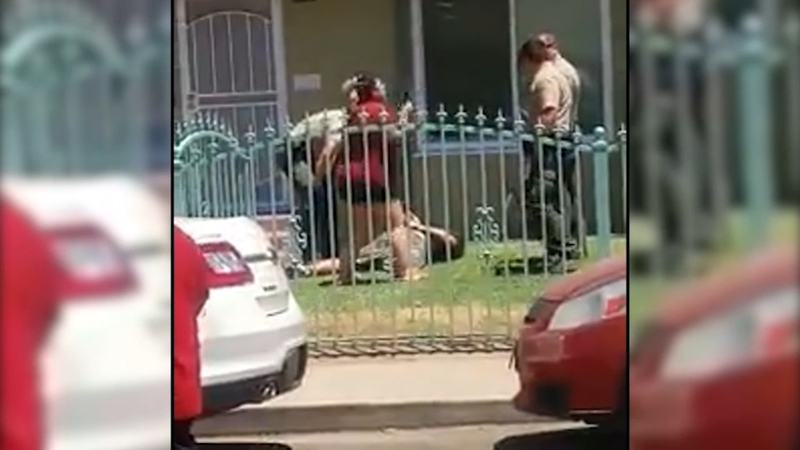 Eric Felix can be heard yelling moments before Fresno County sheriff's deputies are seen striking him, and ultimately tazing him until he fell to the ground

"In my mind, they're trying to knock me out," he said.

Felix says he had an issue with his neighbor, in which he said called him several racial slurs. He told him to stop, and claims that same neighbor later came out with a knife.

Felix's wife then called the authorities.

"I expected them to come to me peacefully and ask what's going on," he said. "I was treated with hostility and aggression."

He then says the deputies came onto his property to pat him down, but he told them he wanted a Hispanic or African American deputy on scene to feel safe.

Felix says that soon after, he was struck by the deputies.

Sheriff's officials, however, say they also got a call from the alleged knife-wielding neighbor, claiming Felix may also have been armed.

"We have one cuff on him," says Tony Botti with the Fresno County Sheriff's Office. "It's dangerous that he can create a weapon out of that one handcuff. Deputies try to do an elbow strike, he's fighting; ultimately, a deputy used a taser."

Felix was ultimately booked for resisting an officer, but later bailed out.

Legal Analyst Tony Capozzi says without video proof of what led up to the encounter, it's difficult to determine if this classifies as excessive force.