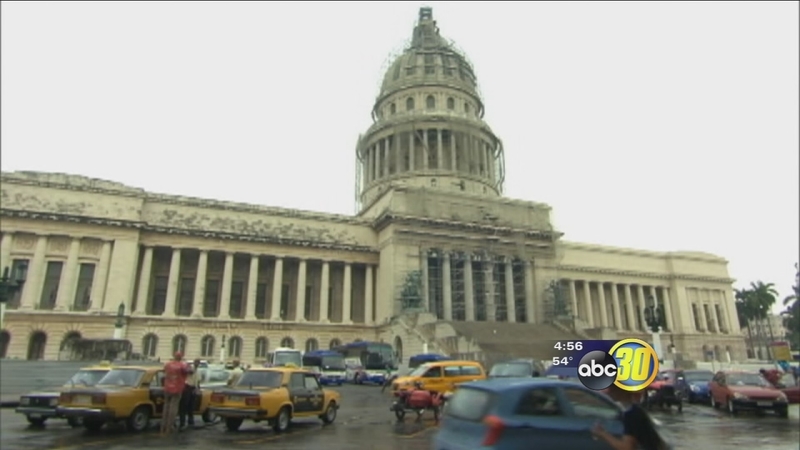 Cuba has been described as a country lost in time. But a shift in US policy could signal major changes.

Perea explained, "This new announcement by President Obama about moving towards normalizing US-Cuban relations has created a lot of hope and excitement."

The chair of the Assembly agriculture committee was part of the trade delegation which included lawmakers and valley farmers.

Local citrus, almond and tree fruit growers were excited about the potential Cuba holds. The country imports 80% of its food.

Perea said, "Most of the food that they import comes from Europe and China. They want California produce because they think it will be cheaper, because we're closer and because it's better quality."

Mickey Paggi heads Fresno State's Institute for Food and Agriculture. He also made the trip.

The Obama administration seeks to re-open diplomatic relations with Cuba but the marketplace can't open up without congressional approval.

Paggi said, "It's going to be a difficult thing to develop quickly or substantially in the short run."

Paggi said, "US banks cannot do business with Cuba so that's part of the embargo. You have to work through a third country. That's why our credit cards can't be used."

Tough battles though lie ahead as many House republicans have been opposed to normalizing relations with Cuba.