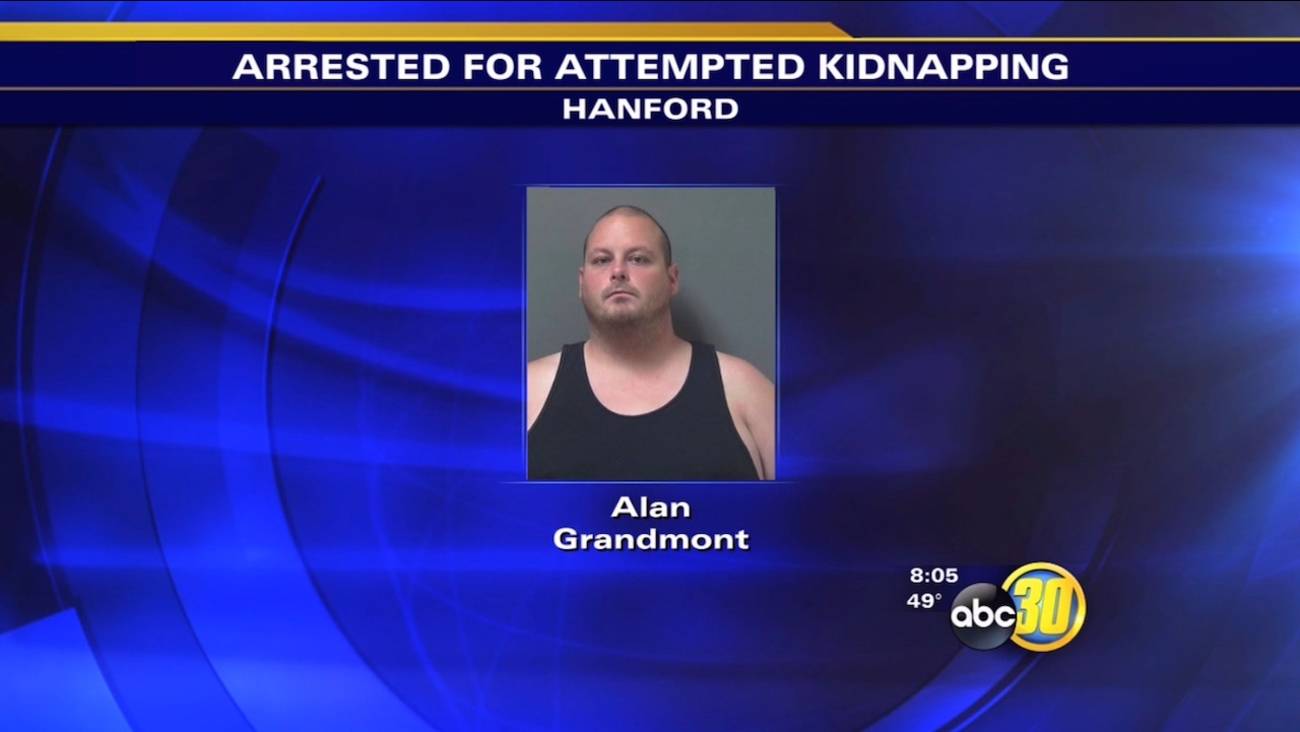 KFSN
FRESNO, Calif. (KFSN) -- A South Valley man is behind bars after being accused of trying to kidnap and sexually assault one young girl and harassing two others.

Hanford police arrested Alan Craig Grandmont, 29, Friday morning at an apartment complex near Woodrow Wilson Junior High School. They say he yelled out to a 12-year-old girl that she was beautiful as she walking to school on Rodgers Road.

He then reportedly grabbed her from behind and pulled her in for a hug. The girl managed to get away. She says Grandmont threatened to hurt her family if she told anyone, but she still reported the incident to a school resource officer.

A short time later, two other pre-teen girls reported that a man also yelled at them on their way to school, saying how pretty they were.

Grandmont was identified at the scene and later booked into the Kings County Jail.