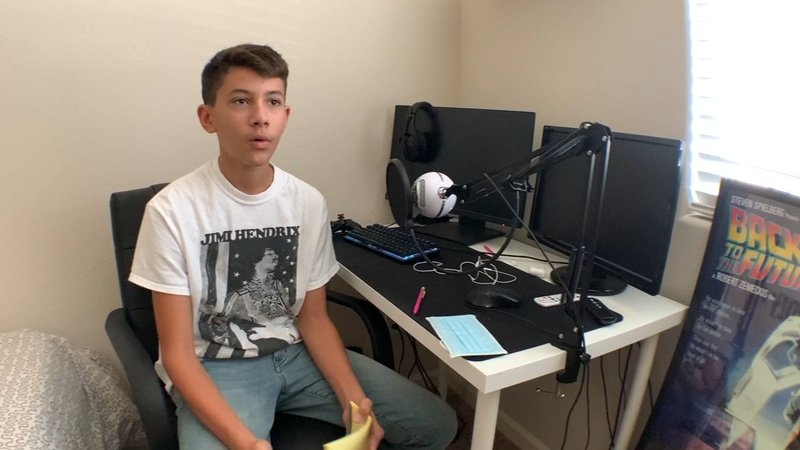 Outside of his time on the Quail Lakes robotics team, Devin has added champion Taekwondo athlete to his resume.

"I also got gold in the national tournament in Minneapolis," he said.

But these medals don't compare to his *heart* of gold.

"Think about people out there that are struggling and they need help," he said. "You got to think about, 'What if I were in that situation? What would I need? Do I need clothes? Do I need food?'"

At just nine years old, Devin was inspired to give back while volunteering with his parents during the Christmas holiday. Seeing how great the need is in Fresno, he opted to start his own volunteer efforts.

"That's how we came up with stockings for kids and we've been doing that every year now," he said.

Friends.giving, it's the name of his philanthropy and that's exactly what he and his friends do.

More than 150 students benefited from the back to school giveaway he hosted in August.

The most recent recipients of donations from Friends.giving are flood victims in Northeast India.

"I saw how they lived, how fortunate I was and I wanted to give back to my roots and these floods are really bad," Devin said. "People are losing their homes, all their stuff."

Initially, the donations would go to 10 families but now, after partnering with his grandfather and the Karmabhumi foundation, this weekend, 44 people received food, school supplies, basic necessities and phones.

A passion project to honor his roots.

"Once he has a vision and something in mind, nothing will stop him from doing it," says Devin's mother, Rajashree Cornell.

With his sights set on Cal Poly and a future career in aerospace engineering, the teen's next venture is certifying his philanthropic efforts as a non-profit.

Friends.giving is already accepting donations for Thanksgiving and Christmas drives for the homeless.

"That is one of the most important times of the year because they're cold and they're going to need us," he said.