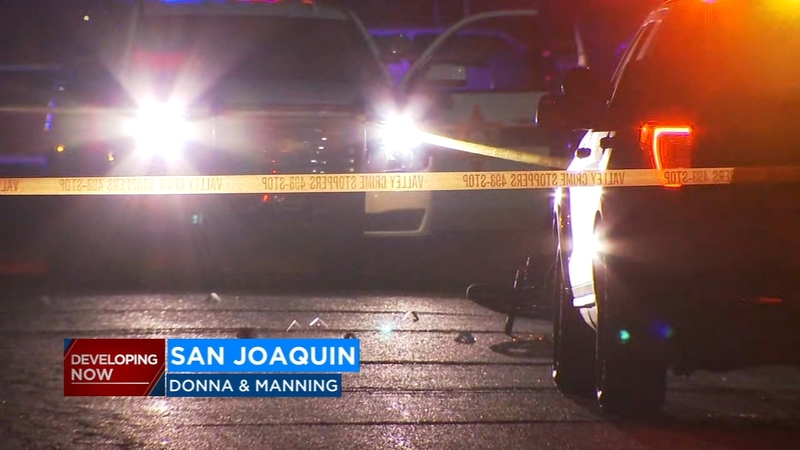 FRESNO, Calif. (KFSN) -- The Fresno County Sheriff's Office has identified the man who was shot and killed in San Joaquin on Thursday as 33-year-old Rosendo Herrera.

Investigators say Herrera was riding along Donna Street near Manning Avenue around midnight when someone in a car pulled up and opened fire at him.

Detectives have not provided any suspect information or a description of the vehicle.

The gunfire struck at least one home, but there are no reported injuries.

The road was blocked off as deputies continue their investigation. Anyone with information is asked to call the Fresno County Sheriff's Office.