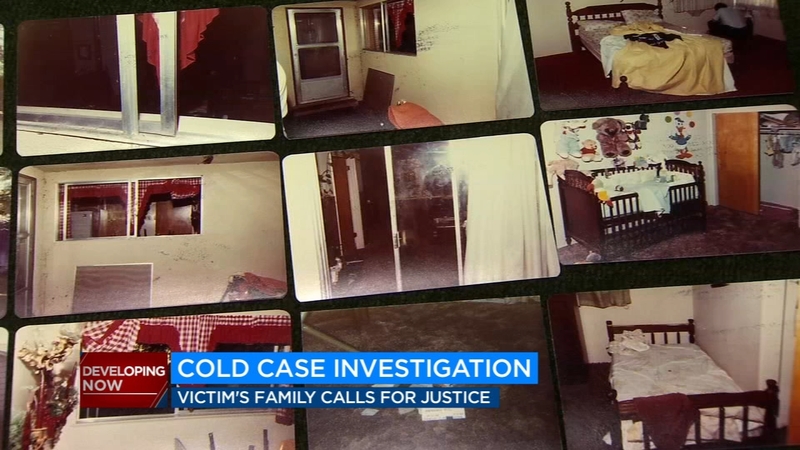 FRESNO, Calif. (KFSN) -- A retired homicide detective in Fresno County is trying to crack several cold cases, including one in Kerman.

Irene Garza, 24, was found murdered in her backyard after her husband reported a burglary in 1982.

Her husband was a focus of the investigation for some time, but there was not enough evidence to file charges.

The Fresno County Sheriff's Office is taking another look at the case in hopes of finding new clues.

Sheriff Margaret Mims was a Kerman police officer at the time of Garza's death. She responded to the call that night.

On Monday, Mims stood with the victim's sister as the family called for justice.

"Find out who did it. I don't want life in prison or death. I don't believe in the death penalty or life in prison. They have their own death already because you did something wrong to somebody. I'm sure he's not sleeping peacefully every night - something in the back of his mind - he did wrong, he did wrong," said Juana Perales, Garza's sister.

Retired Detective Sergio Toscano is back on the job with the sheriff's office investigating this case, along with at least 30 others that were never closed.