Fresno County could soon be pushed back into 'purple tier', health officials worry

With temperatures dropping, and the holidays around the corner, officials are worried even more COVID-19 cases are to come.
KFSN 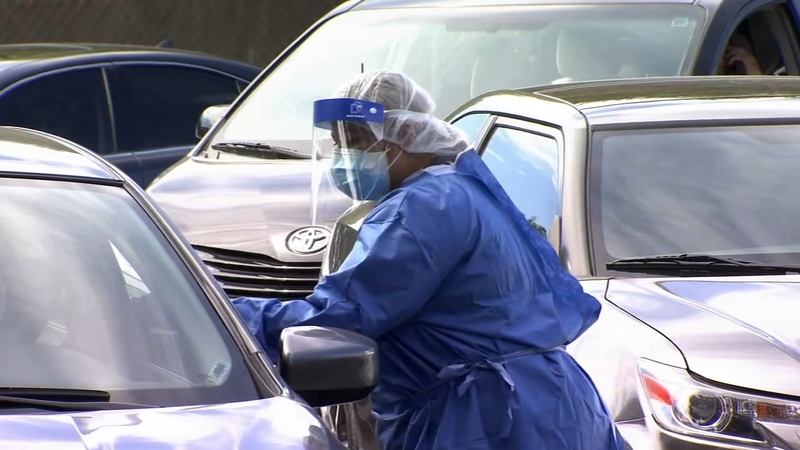 Fresno Co. could be pushed back into 'purple tier', officials worry

FRESNO, Calif. (KFSN) -- Fresno County is still in the 'red tier' when it comes to COVID-19, but health officials worry it may not be for long.

They're seeing case numbers rise quickly and it could push the county back to a more restrictive tier.

Health officials have tried to make testing more widespread to meet the state's equity standards, but the number of people testing positive is on the rise and the holidays could mean more people gathering, and more people getting infected.

Officials were hoping to be in the 'orange tier' for the holidays, but now say we could be taking a step in the wrong direction.

Vohra says the county's case rate is up.

The county is also struggling to meet the state's demands when it comes to the number of tests given.

This comes hours after state health official, Dr. Mark Ghaly, announced he believes half of California's counties will shift back to a more restrictive tier by next week.

RELATED: More than half of California counties may move to more restrictive tiers, health secretary says

With temperatures dropping, and the holidays around the corner, Dr. Vohra said they're worried even more cases are to come.

"The cold weather will mean people will gather indoors. Be careful. Whenever you leave your house, you're taking a risk. Try to do things outdoors if you at all can," he said.

In the meantime, the county is working on obtaining more types of tests, and just received a shipment of rapid tests.
They're also preparing for a potential vaccine that could be released anytime from the end of this year to early next year.

The county is preparing for what could be another potential surge.

The county isn't implementing surge protocols just yet, but Vohra said they're already thinking about possibly having to reopen alternative care sites in case they see another spike in patients.

Hospitalizations are also up.

St. Agnes hospital has seen a 25% increase in COVID-19 patients in the past couple of weeks.

Despite the surge, health officials said they're better prepared this time around.

County Supervisor Nathan Magsig said they working to make sure hospitals aren't inundated with patients, and have money set aside to help with resources.

"We still have CARES dollars we can spend so we have levels we can pull and sources available to us," he said.