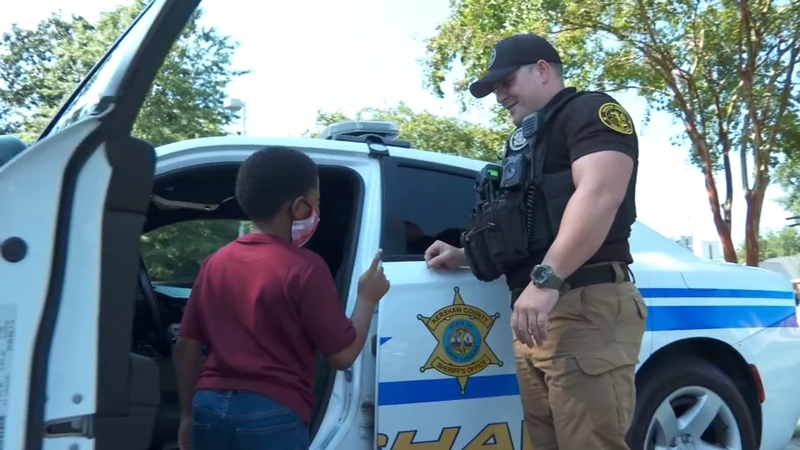 KERSHAW COUNTY, South Carolina -- An 8-year-old boy who told his mom he was afraid of the police has formed a new and unexpected friendship.

When little Gavin Williamson told his mom about his fear, she became determined to help him get over it.

"I felt kind of scared, nervous, I was afraid," Gavin told WIS-TV.

Ashton Williamson said her son told her he doesn't want to get stopped because he's scared he is going to get shot. But when she saw Deputy Kerry Shelton's cruiser on the side of the road, she decided to pull over.

"To make sure that whenever he does get to the point of being pulled over, that he doesn't have to be fearful," Ashton said.

It was that meeting that helped form the newfound friendship.

"She told me the whole story about him being scared and she wants him to know that not all cops are bad cops, we have a lot of good cops," Shelton said. "So we got to talking about food and he offered me his rice and it melted my heart. So I was like, 'Can I give him a hug?'"

Ashton said that it was from that point on that Deputy Shelton made it his duty to check on 8-year-old Gavin.