Rain, snow and ice for parts of Midwest to the East Coast 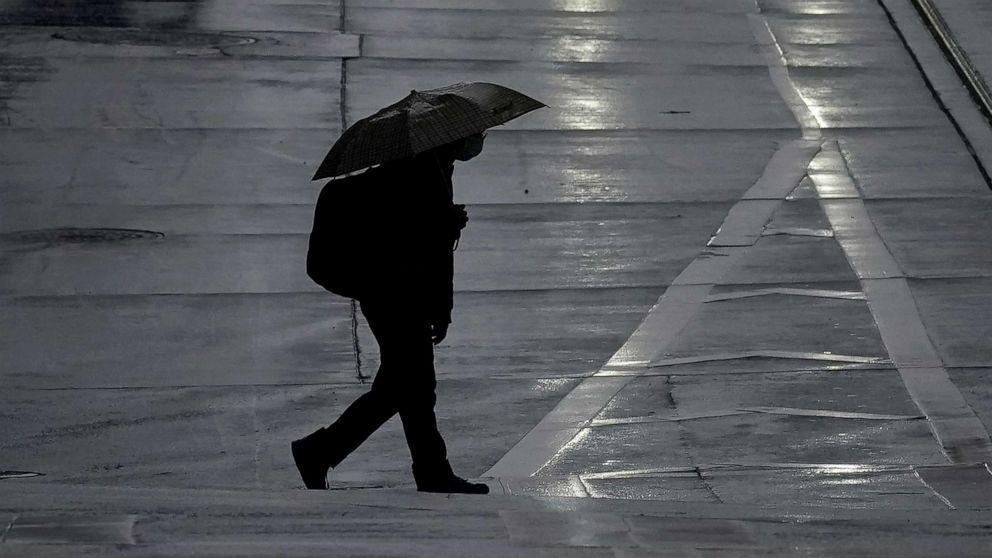 A cold rain will spread out along a cold front as a low pressure system makes its way across the Midwest today.

By the afternoon some light snow could mix in with the rain for northern Ohio, eastern Michigan and parts of western New York.

By Monday morning, heavy rain could be a hassle heading out in Boston with some showers in New York City and Philadelphia through the late morning.

Light snow is also possible in the Adirondacks and western Catskills as colder air is expected behind this front by Tuesday.

Snow accumulations will likely be minimal, though an inch or so is not out of the question for northeastern Indiana and northwestern Ohio, near Toledo. Ice, however, could be a concern with the mixture of snow and rain with the colder air on the back side of the front refreezing any standing moisture on hard surfaces.

Elsewhere, much of the South through the Mid-Atlantic is expecting warmer than normal temperatures today. Temperatures in the low 70s in Atlanta today are consistent with normal highs in the month of October.

As a cold front passes, temperatures will dip closer to average on Tuesday for most spots. The cool down does not last long, however, as mild air returns mid-week.

As far as Thanksgiving Day is concerned, folks along the East Coast could wake up to a soggy start. By the evening, however, most of the showers will have exited the region making way for peeks of sunshine.

Much of the country will be warm and dry with the cooler air bottled up in the Rockies. The Northwest will likely see scattered rain and snow showers to start off the holiday which will taper off as the day goes on.
Report a correction or typo
Related topics:
abc newsnational
Copyright © 2021 ABC News Internet Ventures.
More Videos
From CNN Newsource affiliates
TOP STORIES