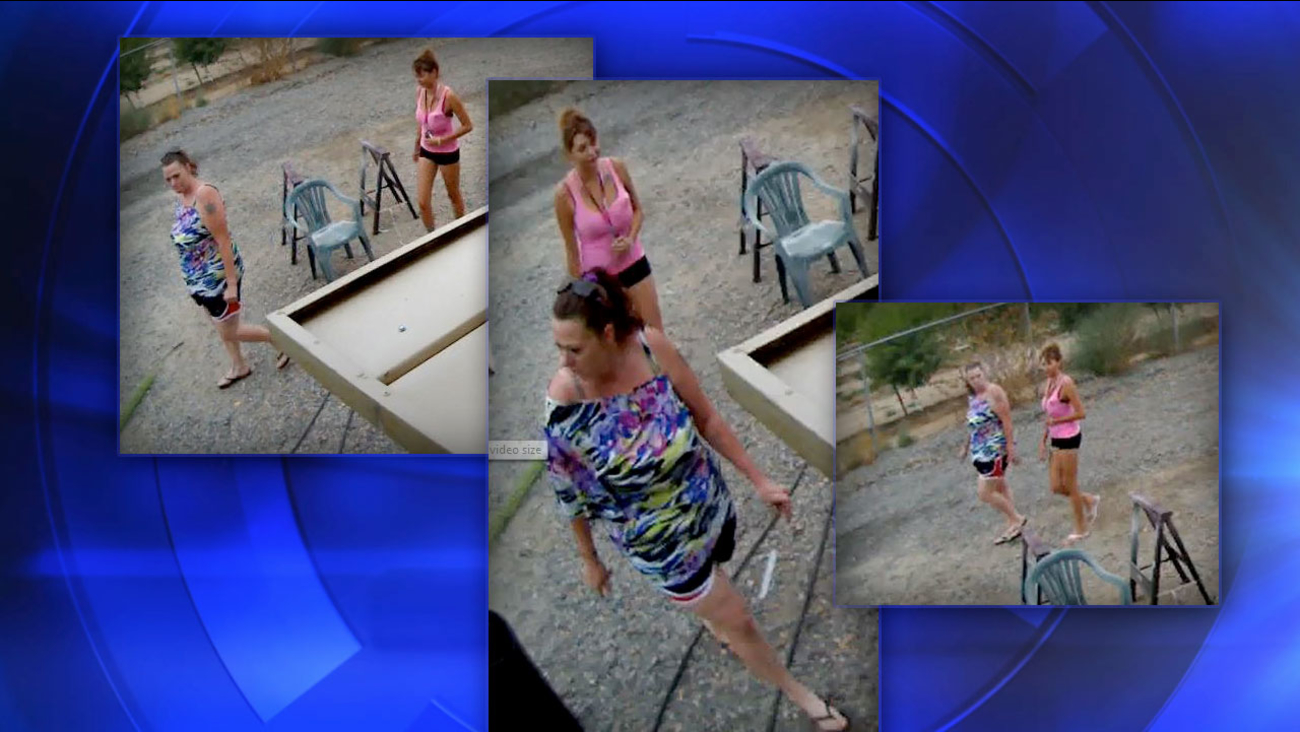 FRESNO, Calif. (KFSN) -- Detectives are asking for the public's help in identifying two women they say were involved in a home burglary on Garfield Avenue near Shields Avenue last Wednesday.

The homeowner told investigators he noticed a board, that was propped against his gate, was laying on the ground. After looking around his property he found several power tools were missing from his garage, which he had left open.

The homeowner's surveillance camera captured clear images of the suspects walking through his property.

Detectives say the estimated value of the missing items is $5,000. They believe the suspects may be responsible for other thefts in the area as well.