Man who drowned near Skaggs Bridge in Fresno County identified

KFSN
FRESNO COUNTY, Calif. (KFSN) -- The Fresno County Coroner's Office has identified a man who drowned in the San Joaquin River near Skaggs Bridge on Sunday.

Investigators say Humberto Flores, 50, was in an aluminum motor boat that got stuck on a sandbar. Witnesses say Flores then jumped into the water for a swim, and a short time later, he began calling for help. Several attempts to rescue Flores were unsuccessful.

At one point, a woman in the boat tried pulling him on board, but it tipped, dumping that woman in the water. Rescuers were able to get her out safely.

Members of the sheriff's dive team found Flores' body about 10 feet down on the river bottom.

Investigators say both the man and woman did not know how to swim. They also say the couple had been drinking. 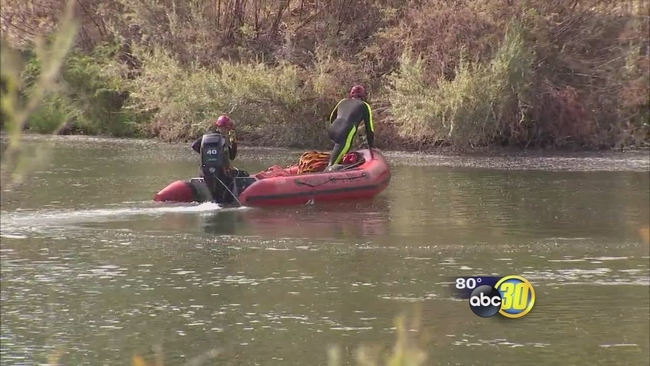