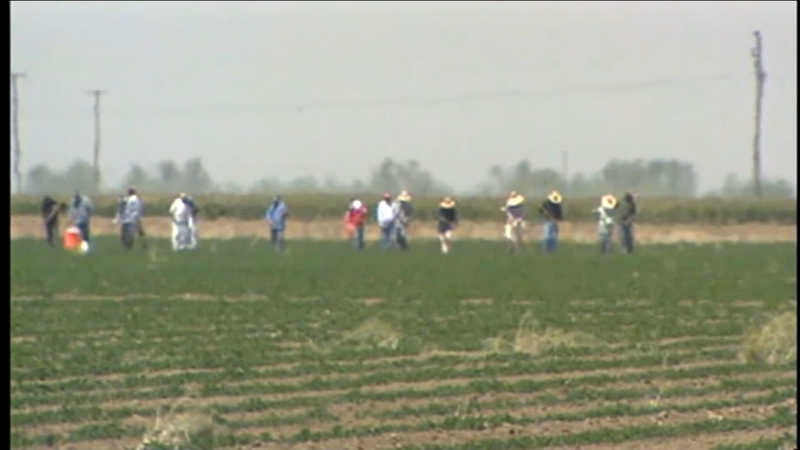 FRESNO, Calif. (KFSN) -- As the coronavirus vaccine gets disbursed nationwide, community leaders say the focus should shift to vaccine education.

In a study done by the California Farmworker Association, about 30% of those polled said they would not take the vaccine citing concerns over its safety.

Fifty percent said they would get it and 15% were undecided.

Close to 160 farmworkers from Kern to Madera counties were surveyed.

RELATED: The distribution plan for the COVID-19 vaccine in Central California

"They are afraid of what the side effects are going to do to their bodies," said Hernan Hernandez, Executive Director for the California Farmworker Foundation. "There are still too many uncertainties when it comes to the vaccine."

Shantay Davies-Balch, Director for the African American COVID-19 Coalition, says they had similar results in the data they collected in Fresno County.

Except 30% were on the fence as opposed to outright saying no.

A national study from the Pew Research Center showed that African Americans were less likely than any other race and ethnic group to get the vaccine.

Davies-Balch says years of mistreatment has resulted in a lack of trust in the African American community.

"We know historically that there has been mistrust in our healthcare system in terms of the treatment of black and brown bodies," she said.

Language barriers also play a major role when it comes to how minorities perceive the vaccine.

Nancy Xiong, Communications Director with Hmong Innovating Politics, says getting information out in different languages with accurate translations is paramount.

According to her, many in the Hmong community will turn to social media for information, which isn't always accurate.

Health officials with the Fresno County Department of Public Health say they are still working on a campaign in different languages.