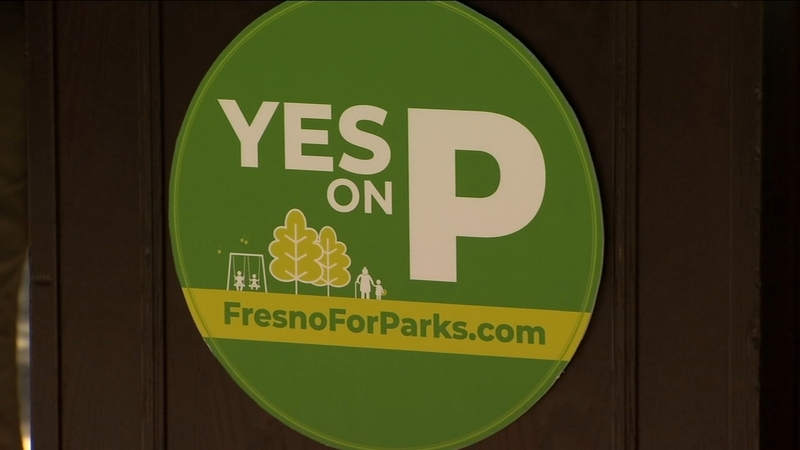 Lawsuit filed against city of Fresno over Measure P

FRESNO, Calif. (KFSN) -- A court has ruled that Fresno's Measure P, a 2018 parks funding measure, should be considered passed.

It's another step, and might even be the final step, in a long running legal battle over the three-eighths percent sales tax increase to fund city parks and recreation that was on the November 2018 ballot.

Measure P received 52% of the vote at that time, but that set off a battle over the margin it needed to pass.

The city of Fresno argued that the California Constitution, as modified by Proposition 218 in 1996, requires that new taxes be approved by a two-thirds vote.

Fresno Building Healthy Communities, the sponsor of Measure P, argued that the law only applied to taxes proposed by public agencies and not to citizen-led measures.

A lower court sided with Fresno and said a 2/3rds vote was needed. Thursday's ruling by a three-judge panel from California's 5th District Court of Appeals overturns that decision.

The ruling by the 5th District can be appealed to the California State Supreme Court.

The Fresno City Council will decide on January 7th if it wants to continue to pursue further legal actions.

The council could also decide to start collecting the tax as soon as next month, which would mean people would begin paying a higher sales tax on every purchase in the city.

If the City decides to drop the case it could be appealed by the Howard Jarvis Taxpayers Association.

"We normally do not comment on pending litigation, but today's Fifth District Court of Appeal Measure P ruling is different. The City of Fresno will abide by the Court's decision once it becomes final." said Mayor Brand.

Dyer said:
"It is time for us to come together as a community and support the results of Measure P. I look forward to working with the City Council and community members as we utilize these dollars to beautify our parks, and trails, and meet the needs of our youth for decades to come."