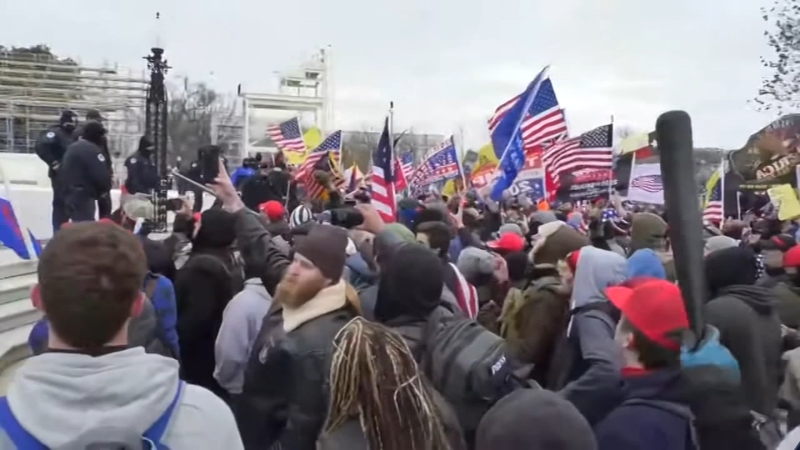 FRESNO, Calif. (KFSN) -- Valley educators are preparing to address Wednesday's siege at the U.S. Capitol, and turn the terrible attack into a teachable moment.

Images of the massive mob storming the Capitol left millions of Americans stunned, and both sides of the aisle have condemned the breach.

It's a political event that will be remembered in history.

Action News spoke with Valley professors about the significance of that dark day for them, their students, and our nation.

"What we saw yesterday is something you do not see in the United States," Political Science professor Dr. Tom Holyoke said.

The aftermath of the attack has also led to questions about invoking the 25th Amendment to remove the president from power.

"If they believe the president is mentally unstable and unfit, the 25th amendment route is feasible," Holyoke said.

Students have yet to return to the classroom at Fresno State but Dr. Everitt Vieira III said he plans to make it a topic of discussion during his American Government course this semester.

"This will take center stage when we talk about the presidency, the federal courts, and the constitution," Vieira said.

"I think it's important for students to understand perspective. Try to step back a little bit from the emotional reaction of it, which is, you know, again, understandable and say, let's think about why this happened".