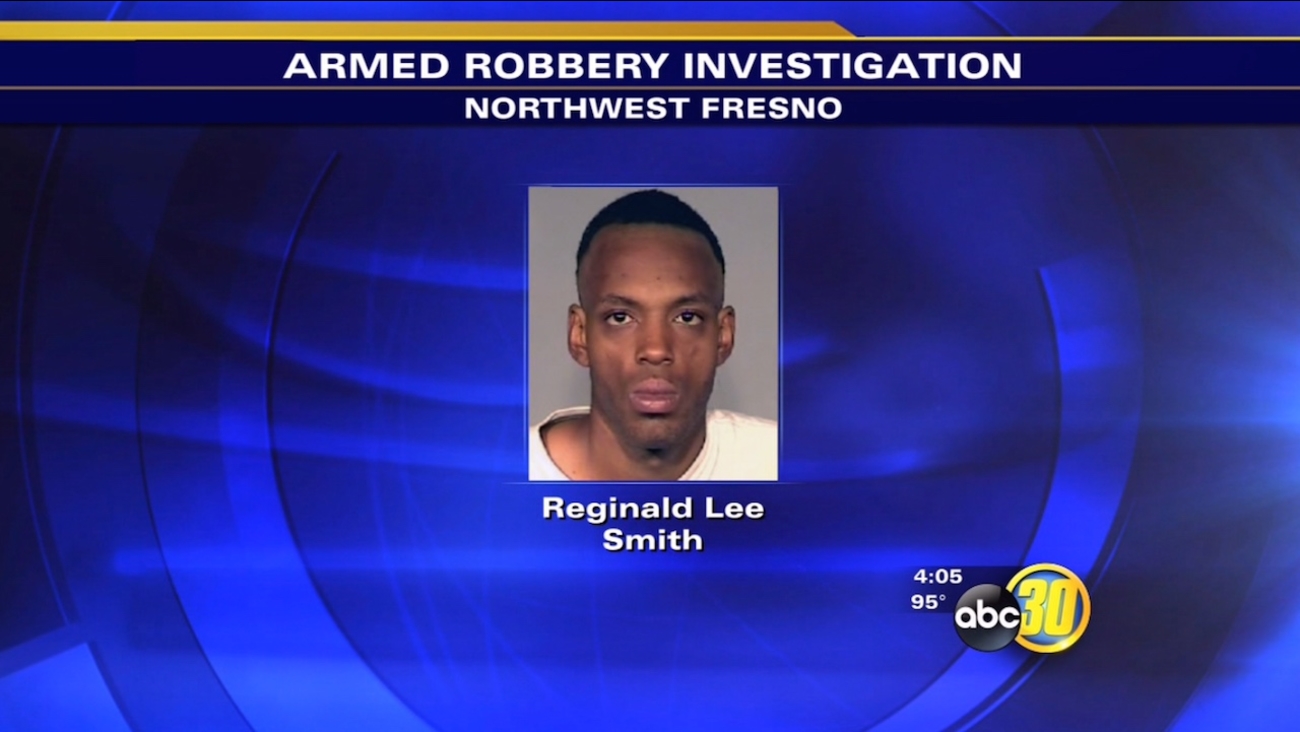 FRESNO, Calif. (KFSN) -- Police say one of their K9 units helped nab an armed robbery suspect at a Target store in Northwest Fresno. It happened on Shaw and Marks avenues just before 10 p.m. Thursday.

One of the store's loss prevention agents said he was monitoring the suspect because he recognized him as a repeat offender. When he confronted 22-year-old Reginald Lee Smith, he says Smith lifted his shirt, showing a handgun tucked in his waistband.

The agent backed away and called 911, and Smith ran from the store. But he was taken down minutes later by a Fresno police dog and taken into custody by officers. Investigators say Smith's weapon turned out to be a pellet gun.