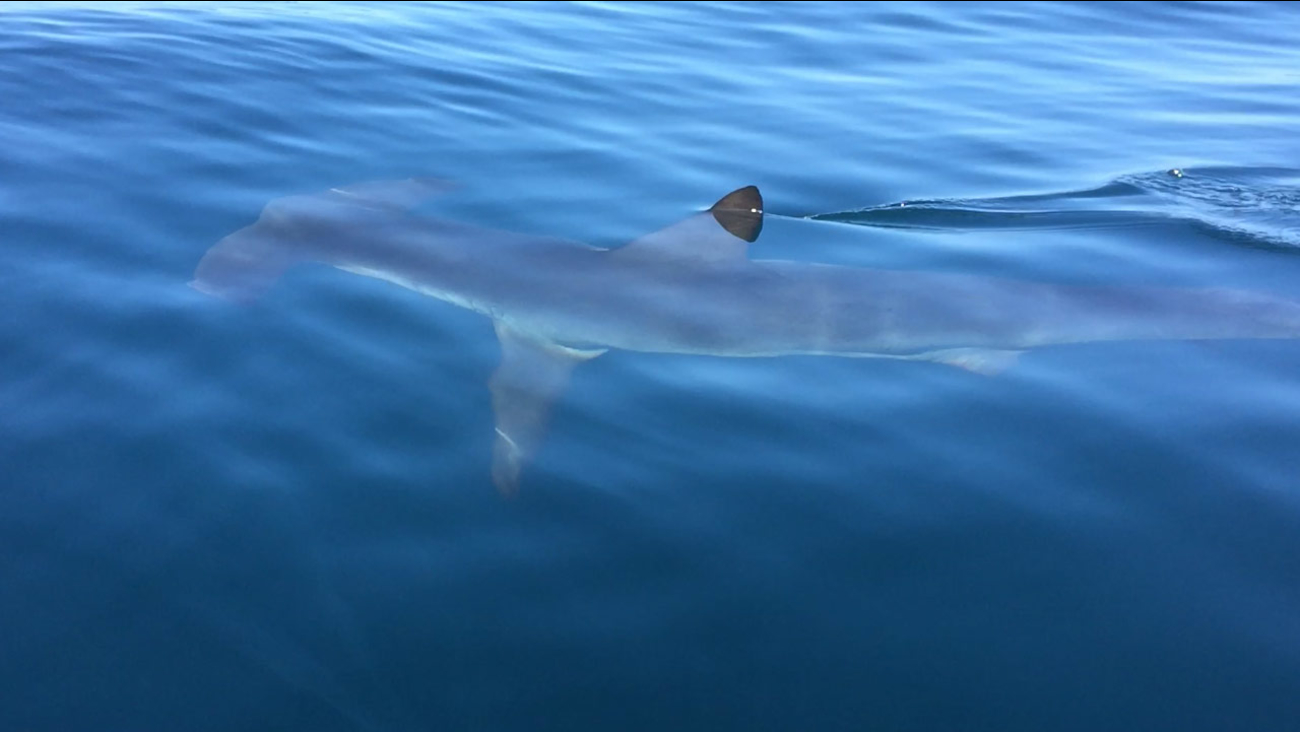 A large hammerhead shark swims in circles around kayakers, one of whom captured this photo, in La Jolla on Saturday, Aug. 29. 2015. (KABC)

Around 1 p.m., lifeguards received a report of an 8- to 10-foot hammerhead shark circling a group of swimmers and kayakers. Swimmers were able to climb aboard the kayaks and get to shore safely.

One of the kayakers captured footage of the shark circling around the group several times. The hammerhead followed the kayakers all the way to the edge of the shore. It was last seen outside the surf line by Avenida de la Playa at the south end of La Jolla Shores.

Lifeguards analyzed the footage and decided to immediately close the beach. A perimeter was set up from La Jolla Cove to the south and Scripps Pier to the north.

A fire rescue helicopter was used to search the area of the initial sighting, but the shark has not been spotted since.