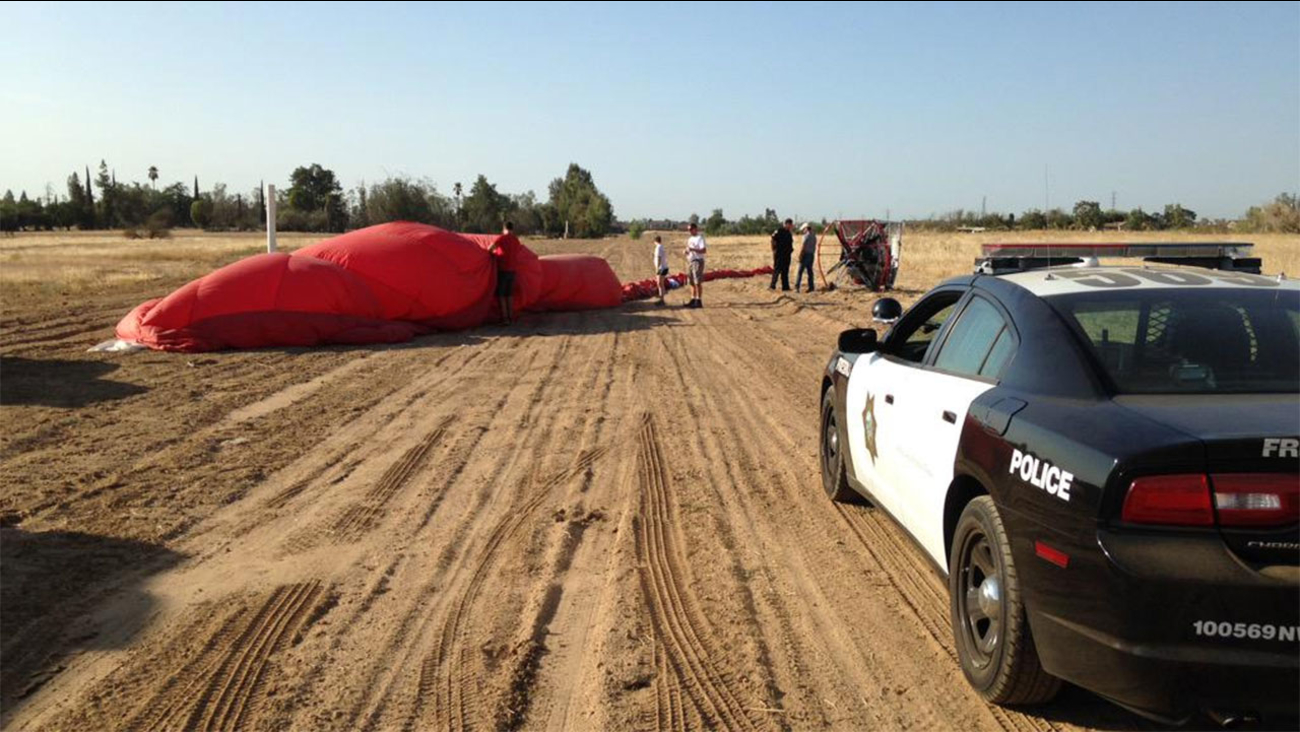 The pilot said the landing was planned and he was not injured.

FRESNO, Calif. (KFSN) -- Quite a site for morning commuters as Fresno State's blimp, Bulldog-1, landed in an open field in West Central Fresno. While the landing surprised many drivers who saw the blimp coming down near Polk and Ashlan -- pilots say all is okay and this field is one of the several designated spots where the blimp can land.

The fire department responded to the landing after they got a call of an aircraft fire during rush hour Wednesday morning. But when they arrived, pilots assured them all was okay and no one was ever in any danger.

Bolling Air Media Chief Pilot, Ryan Pratt, explained, "This was a 100-percent controlled landing and it was planned. When we take off we map out four to five different landing spots, fields or areas we feel are uncongested and free from powerlines and obstacles and places we can put down an airship of this size, so our airship is 150 feet long by 63 feet tall, which is the same size as the Good Year blimp, you can't just land that anywhere."

The pilot says the logistics team notified all local law enforcement agencies during the pre-flight planning process but the message did not get relayed to Fresno Fire Department causing a bit of confusion.