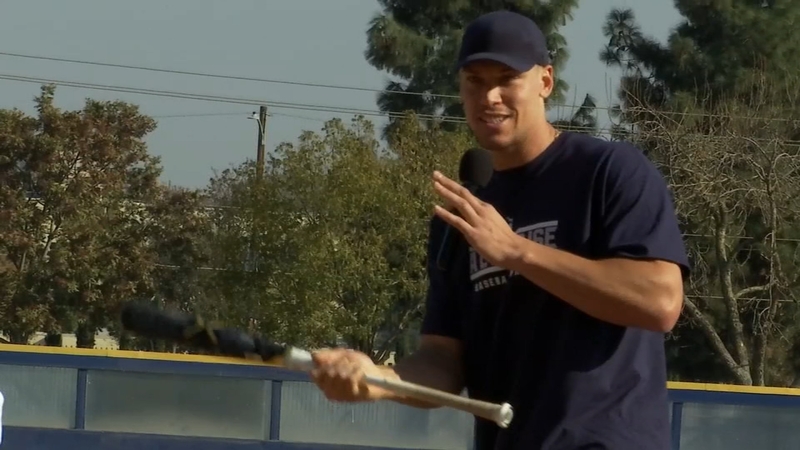 This year Judge officially launched his All Rise Foundation which focuses on giving back to the youth.

It was the second sponsored charity event since Judge started the foundation. Judge said he wanted to give back to the communities that gave to him.

"I keep thinking of all the sprints and in and outs we had to run on the field and brings back good memories," he said. "But it's good just to see these kids smiling and having fun out here."

His first pro camp was held at his alma mater Linden High School, followed by the event in Fresno. Judge said another event will be held in New York next year.

"I want to help the whole country you know, eventually I want to get on a bigger scale like that," Judge said. "You have to start in the small communities first, and then from there you can take it on to bigger and better things."