KFSN
By Stephen Hicks
Longtime Fresno State fans will remember a Bulldog whose nickname and general appearance made him look like he was a part of the Red Wave.

There for the biggest two-year turnaround in the history of college football, Aaron Mitchell was a critical piece of the Fresno State offensive line.

With long hair and a shaggy beard, the 300-plus pound lineman earned the nickname 'Big Red.'

"This is just my natural skin tone. I'm just always on fire," he explains.

After the 2017 season, Big Red looked for his big break in the NFL with a tryout with the Detroit Lions.

"Well during that time I'm training for pro day and I was kind of going back and forth from Fresno to San Diego and this new league was starting up," he says.

That new league would be Major League Rugby.

"Physicality-wise it's a sport with a ball where you go hit each other. It's as simple as that," he says.

The all-Mountain West second-team pick at Fresno State signed to play rugby - a sport he grew up playing for his hometown team, the San Diego Legion.

"The biggest change, the biggest difference... I get to run the ball and offensive lineman do not," he says.

Mitchell has also dropped around 50 pounds to account for the added running.

"When you're a rugby player, I'm not putting anything else on me to go play right? I'm wearing a jersey, my shoes and that's it."

The former Dog says being a professional athlete has been a dream come true and he hopes others can follow in his footsteps. Now he's dreaming bigger.

"I want to play in multiple World Cups. I think getting the chance to play and wear that country across my chest is an honor that I've had before and it's an honor that I want to continue to have and build this sport to where there is a room for guys like myself who had a really good college career and enjoyed playing college football but necessarily didn't get that opportunity to go play in the NFL, that there is an opportunity to come play rugby."
Report a correction or typo
Related topics:
sportsgood sports
Copyright © 2020 KFSN-TV. All Rights Reserved.
GOOD SPORTS 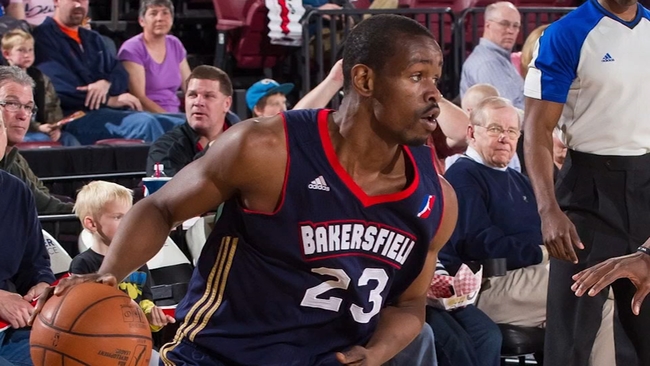