Cesar Chavez Day 2022: Farmworkers ask for the right to vote on union labor laws by mail 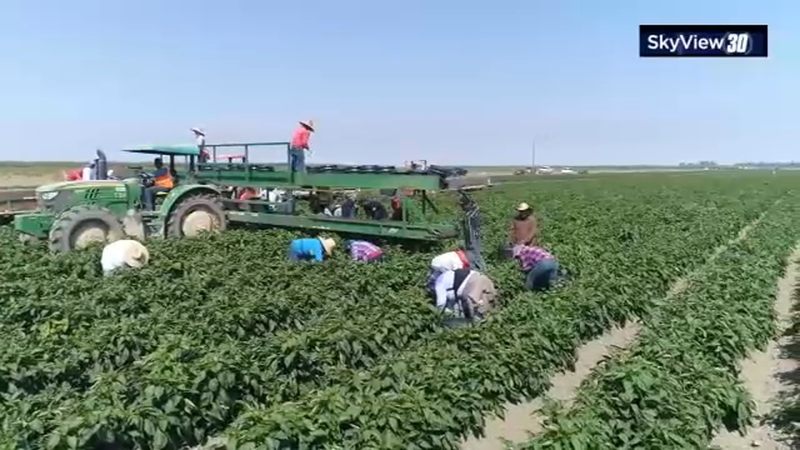 FRESNO, Calif. (KFSN) -- Close to 70 people marched on the streets of Downtown Fresno on this Cesar Chavez Day.

On their minds, this year is a proposal that would allow farmworkers to vote by mail when looking to form a union. It is called Assembly Bill 2183, and they are calling on Governor Newsom for his support.

Maria Gomez, a Tulare County resident and farmworker, says, at the moment, voting is done in the workplace or other locations where employers are sometimes present.

"We would like for Gov. Newsom to pass this bill so we can choose for union representation without intimidation or other threats," she says.

Maria has worked in the fields since she was 10.

She says working conditions have improved throughout the years.

"We had to deal with pesticides being sprayed in the field," he said. "With starvation out there, no water."

But still, farmworkers say unpaid overtime, no breaks and mistreatment continues to be an issue.

Maria Garcia says, "We are tired of so many violations in the fields, so many injustices and we are tired."

Attendees say they are following in the footsteps of Cesar Chavez -- fighting for better working conditions.

"The legacy Cesar Chavez has shown us is the power farmworkers have, their voices," says UFW Foundation Organizing Coordinator, Nancy Oropeza.