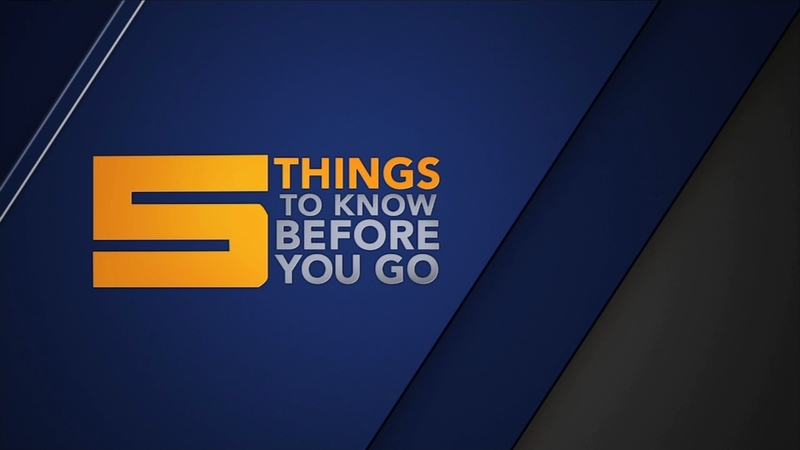 Former Congressman David Valadao is looking to get his seat back.

The Republican officially filed his statement of candidacy for the 21st District Tuesday, according to the Federal Election Commission website.

He will run against incumbent TJ Cox in 2020.

Last November, Cox declared victory over Valadao in the 21st Congressional District race, winning the seat in a close election.

A special Fresno Unified school board meeting is being held Thursday night to discuss a campus confrontation involving a trustee.

#3 Woman stabbed by boyfriend during argument in northeast Fresno

A man is in police custody after an argument with his girlfriend ended with him pulling out a pocket knife and slashing her.

It happened after 11 p.m. Wednesday in an apartment at San Ramon and Sixth Street in northeast Fresno.

She's been treated for the injury.

Two men are in custody after leading law enforcement on a high speed chase through Fresno Thursday morning.

It began at Blackstone and Ashlan following a failed traffic stop and ended at Shaw and Valentine.

Officials say the suspects were both under the influence of drugs and other narcotics were found in the vehicle.

The new Costco in Clovis is set to open Thursday morning.

It's located on Clovis Avenue just south of Shaw.