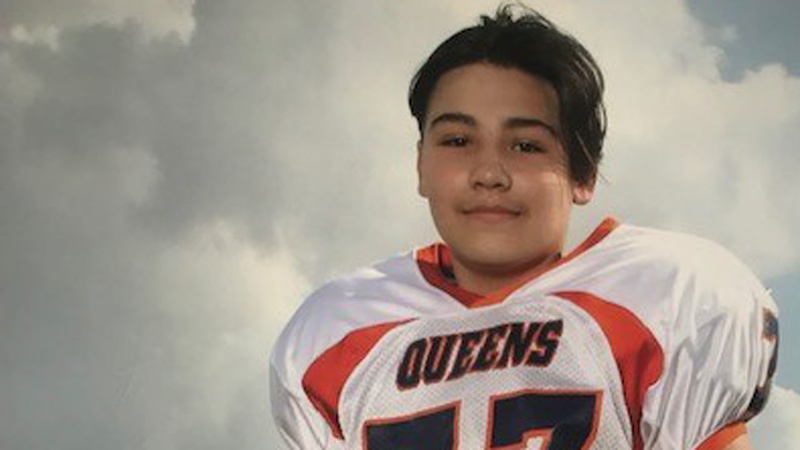 HOUSTON, Texas -- A gathering of friends took a horrific and tragic turn when 13-year-old Gabe Fernandez lost his life after being accidentally shot while his best friend was handling a loaded gun.

According to Houston police, the call for help came in around 1:30 p.m. on Saturday from a home.

A group of five people, all under the age of 17, were gathered and one person was handling a loaded weapon when it accidentally went off.

According to Gabe's mother, Jennifer Valdez, the home belongs to the family of Gabe's best friend. She says it was her friend's son who was handling the weapon when Gabe was accidentally shot.

The woman's older son was with Gabe at the time and frantically called his mom for help.

"Nick was just screaming and crying that Gabe is dead," Valdez said. "'Gabe is dead, mom. He got shot in the head.'"
Valdez, who is a nurse, rushed over to the home and found her son in a shed in the backyard, where he was badly injured. A few people were attempting to try and save his life, and Valdez said her son was still breathing by the time she arrived.

"My baby was still breathing," she said. "He was gasping. I see him gasping for air."

When paramedics arrived on scene, Gabe was transported via ambulance to a nearby hospital, but his mom said he passed away before he arrived.

Houston Police Department is investigating the shooting. It is unclear where the weapon came from and why the 13-year-old who accidentally shot Gabe was in possession of the gun.

Valdez said her son's best friend called her to apologize for what happened, and she is asking for prayers of support for her son's friend and her entire family. The woman is also urging parents and kids to exercise extreme safety around guns.

"I wish they would've told me that they had (the gun) there," she said. "I would've went to their mom and told them something. Don't hide it. Don't think it's cool. It's not cool."