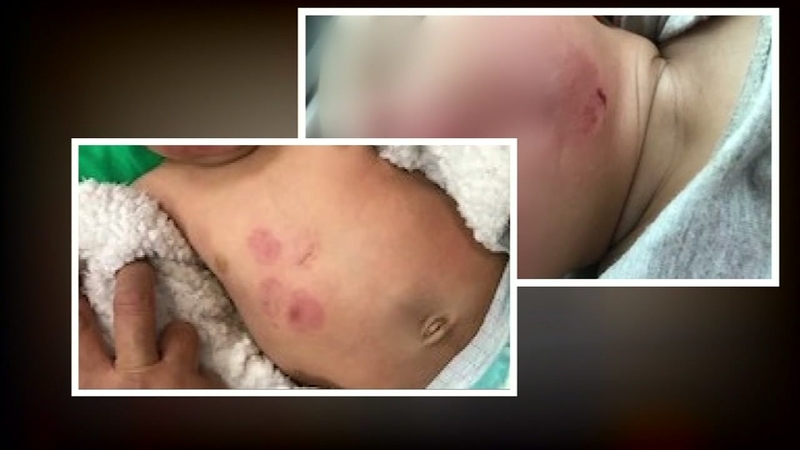 Woman says her 4-month-old son was bitten at daycare

HOUSTON, Texas -- A mother demands action after she says her baby boy was injured while at daycare.

Andrea Johnson says when she picked up her 4-month-old son on Tuesday from Candi's Day School in southeast Houston, the owner pointed out a bite mark on her son's cheek, but when she examined him more closely in the driveway, she couldn't believe how many marks and bruises there were.

Johnson says her son had been going to the day care since he was six weeks old. He hasn't been back since Tuesday. She says the owner told her a 1-year-old girl injured the baby in the few moments a caretaker was changing another baby's diaper.

Houston police and CPS is investigating the incident. The baby was evaluated at a hospital and released.

Online state records show the daycare was cited for three violations in 2017. Johnson wants action in her son's case.

"I believe the owner and the overseer should be charged with a crime, because I trust these people. I pay them to take care of my child while I'm at work, thinking when I'm at work he's being cared for and taken care of and he's somewhere safe. Clearly, he's not," Johnson said.

To check your child's day care, go to www.dfps.state.tx.us.