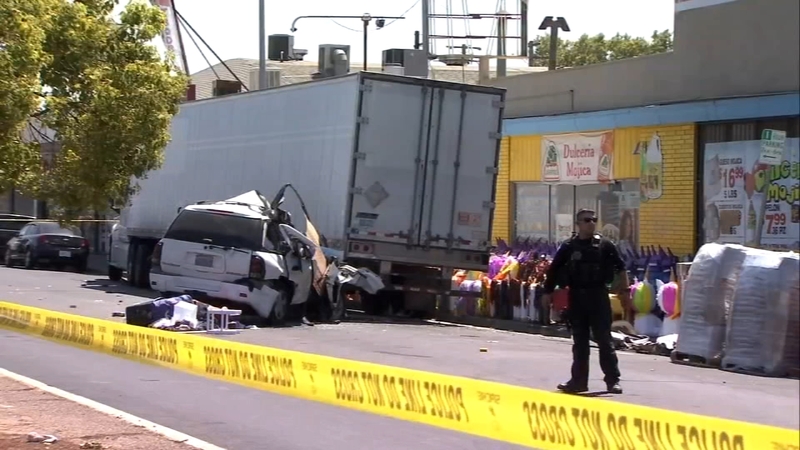 FRESNO, Calif. (KFSN) -- The man accused of driving under the influence and crashing into the back of a semi-truck killing his passenger pleaded 'not guilty' Friday in court.

Joshua Parker requested to see a doctor and be released from jail claiming he is in pain from the crash on the 17th.

Police say Parker was driving drunk when he hit the trailer at Belmont and Barton in central Fresno.

Mina Serrano was killed. Her two-year-old son, Mason, was in the back seat and survived the crash.

Parker is also facing charges of high speed, and driving with a suspended or revoked license.