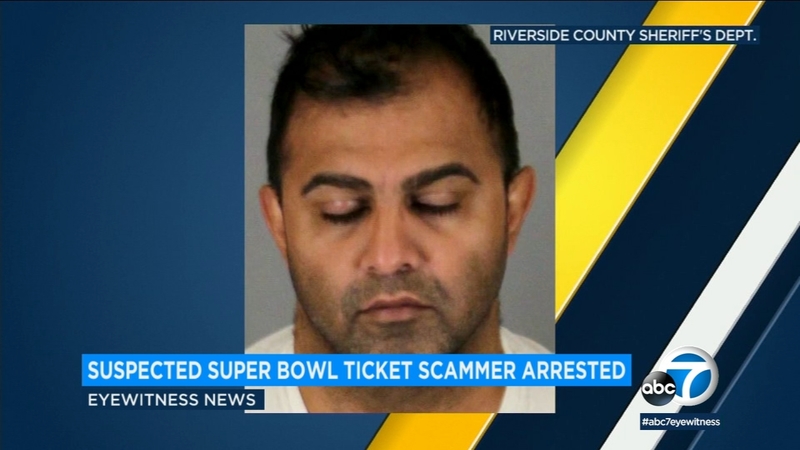 TEMECULA, Calif. -- An alleged Super Bowl ticket scammer was arrested at a Southern California casino after allegedly bilking hundreds of thousands of dollars from unsuspecting victims.

A employee at the Pechanga Resort & Casino helped authorities capture the suspect after noticing his unusual behavior.

It started when police in Gwinnett, Ga., heard from six different people that Ketan Shah, 48,had taken off with thousands of dollars after promising them high-end Super Bowl tickets. Some of the alleged victims included Shah's own friends and family.

Alan Tart said he and his friends wired about $20,000 to Shah but never got any tickets.

The cops went looking for Shah, but couldn't find him.

his wife said he apparently disappeared on what was described as a mid-life crisis.

But he turned up in Temecula this week, when he and his girlfriend were checking in to the Pechanga resort.

"He was very talkative, telling me a lot of weird things that didn't seem to add up," Halliday said.

Shah will be charged with one count of felony theft by conversion, and is set for an extradition hearing in Riverside.
Report a correction or typo
Related topics:
temeculariverside countyticketsarrestcasinosuper bowlscam
Copyright © 2021 KABC-TV. All Rights Reserved.
More Videos
From CNN Newsource affiliates
TOP STORIES