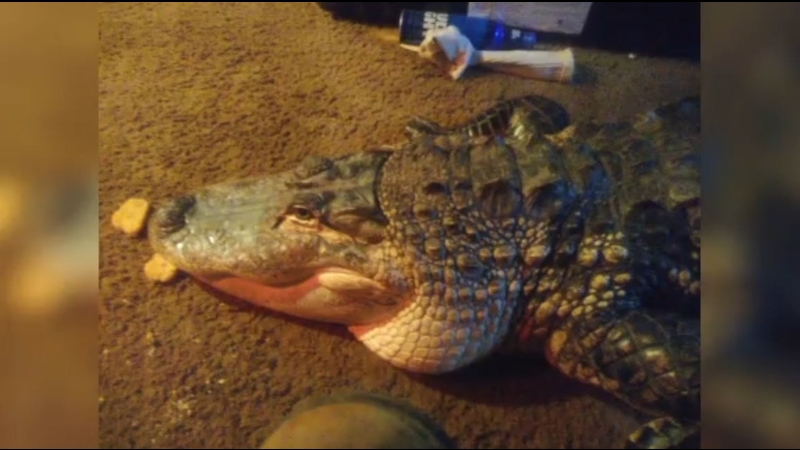 KANSAS CITY, Mo. -- A Missouri landlord stumbled upon an unwanted house guest while evicting a tenant: a large alligator in a hot tub.

The tenant described the 150-pound reptile as "gentle as a puppy" after animal control workers were called to the Kansas City home on Wednesday. The workers also found two boa constrictors and a rabbit.

The Kansas City Star reports a specialist removed the alligator, which was at least 6 feet long. No one was injured.

The tenant, Sean Casey, said he'd owned the alligator for four years and named it Katfish. He called the reptile "a big cuddly lizard."

A spokesman for the city's Neighborhood and Housing Services Department says Kansas City doesn't allow homeowners to have alligators.