WPVI
By Jeannette Reyes
BRIDGETON, New Jersey -- An Amber Alert has been issued for 5-year-old Dulce Maria Alavez, who vanished from a Bridgeton, New Jersey, park.

The child was last seen in the area of Bridgeton City Park just before 5 p.m. Monday. Authorities said they have reports the girl was taken by a light-skinned, possibly Hispanic male, roughly 5-foot 6-inches tall. He was believed to be wearing orange sneakers, red pants and a black shirt at the time of the incident.

It's unknown if the suspect knew the girl or her family. 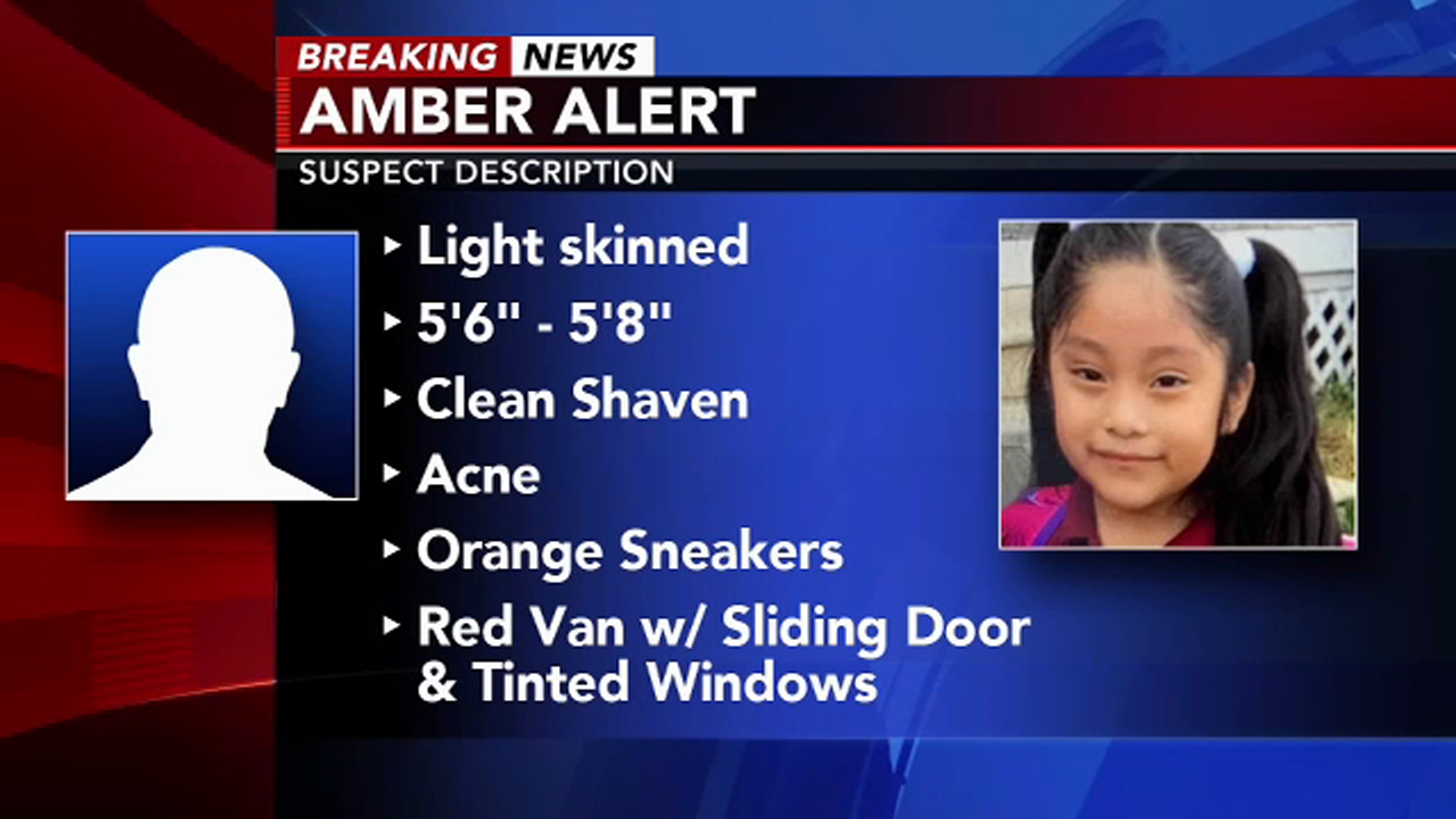 Dulce Maria Alavez is described as a Hispanic female, approximately 3'5" tall and of a medium build. Alavez was last seen wearing a yellow shirt, black and white checkered long pants with a flower design and white sandals. Her dark-colored hair was in a ponytail.

Police said the man led Dulce from the playground at the park to a red van with a sliding door and tinted windows. The man then allegedly fled with the girl.

"She would never run off. She would never walk by herself or do something like that. This is the first time she did it," said Dulce's mother, Noema Alavez Perez.

Dulce's mother reported to police that her daughter was playing on the swings with her younger 3-year-old brother, approximately 30 yards away, while she remained in her car with an 8-year-old relative.

MISSING CHILD: Grandmother, Norma, pleads with her granddaughter’s abductor to bring her home. She also had a message for 5 yr old, Dulce Maria Alavez, who has now been missing for nearly 48 hours. Here’s the full story: https://t.co/r4Cpek6T6S @6abc pic.twitter.com/iPa9JeN6sy

According to the mother, the 3-year-old returned to the car without his sister and they were not able to locate her after.

The last images taken of the child were with her mom and little brother buying ice cream at a nearby store just before they went to the park.

The fate of the little girl has motivated many in the community joining in the search as volunteers.

An Amber Alert has been issued for a missing girl as reported by Dann Cuellar during Action News at 11 on September 17, 2019.