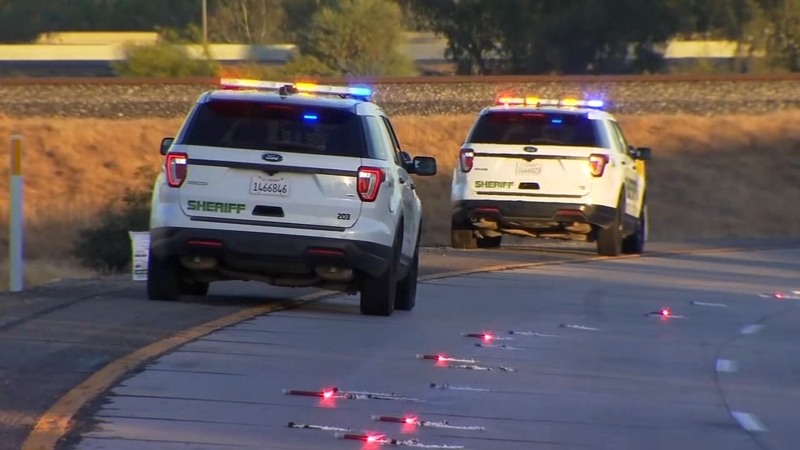 His three passengers riding in the back weren't wearing seatbelts and were thrown from the car.

Two of them - teenage girls - died at the scene, while 19-year-old Tommy Eslick was severely injured.

The front passenger, another teenage girl was wearing her seatbelt and survived the crash.

"You need to take accountability for your actions," CHP Sgt. Michael Wolfe said. "In this case, the driver chose not to. But really it's important to highlight that we need to all wear our seatbelts."

In a statement of probable cause, a CHP officer describes how Wallace Matthews called CHP dispatch about an hour after the crash to report that Eslick, one of his passengers, stole his car and assaulted him.

Officers then convinced Wallace Matthews to pull over at a Merced gas station, where he was arrested and taken to the hospital.

He didn't tell officers anything there, but back at the Visalia CHP office, he claimed he wasn't the driver at the time of the crash.

But according to the CHP, the girl who survived the crash later identified him as the driver using a photo lineup.

On Friday, a Tulare County Court commissioner set Wallace Matthews' bail at $200,000, after prosecutors charged him with two counts of involuntary manslaughter and one count of leaving the scene of an accident.

Wallace Matthews will be back in court later this month.

He faces 11 years in prison if convicted.