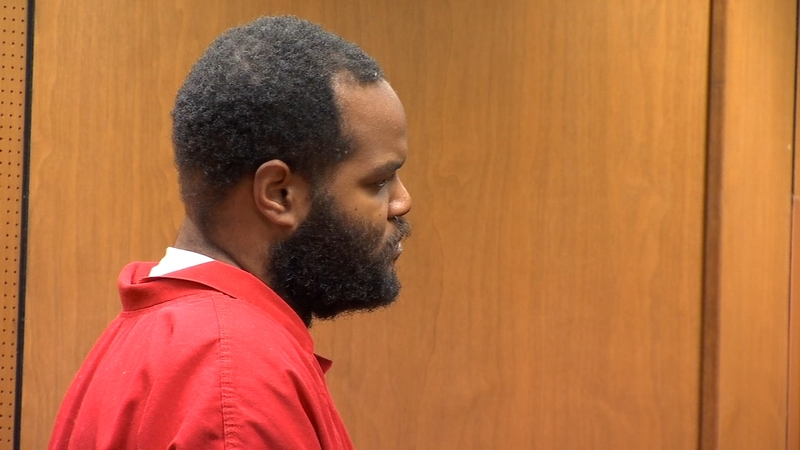 FRESNO, Calif. (KFSN) -- Fighting back tears, Mary Mendoza, the grandmother of 19-year-old Olivia Mendoza, urged a judge to deny bail for the man investigators say killed her in a Fresno County crash.

"We do not want someone else to go through what we are going through because he will get behind the vehicle," she said.

It was September 27th near Mountain View and Clovis Avenues when investigators say 31-year-old Andre Hill ran a stop sign driving his big rig into the Honda Civic Olivia was driving. She was on the way to her dad's house.

Though officers say Hill failed a field sobriety test, initial toxicology reports came back negative so prosecutors filed a manslaughter case against him without accusing him of DUI.

"She will no longer come into the house singing and dancing in her cowboy hat and boots like she used to," Mendoza said.

Mary Mendoza was one of more than a dozen family members that filled the courtroom Friday morning, each wearing blue ribbons.

Too distraught to speak on camera, they shared pictures saying the softball standout graduated Caruthers High School in 2018 and was in her second year studying criminology at Fresno State.

The prosecution argued Hill should be held to a higher standard because of his commercial license and training.

However, the defense said there's no substantial evidence that he's a flight risk or will cause great bodily harm if released.

"This was an accident he's charged with gross negligence running a stop sign and that's quite frankly all it is an accident," Hill's defense attorney said.

Ultimately the judge determined Hill should be held without bail because the Baltimore truck driver has no connections to this community or state.

"The court is not required to wait till he's missed a proceeding in order to make a finding that he represents a flight risk," the judge said.